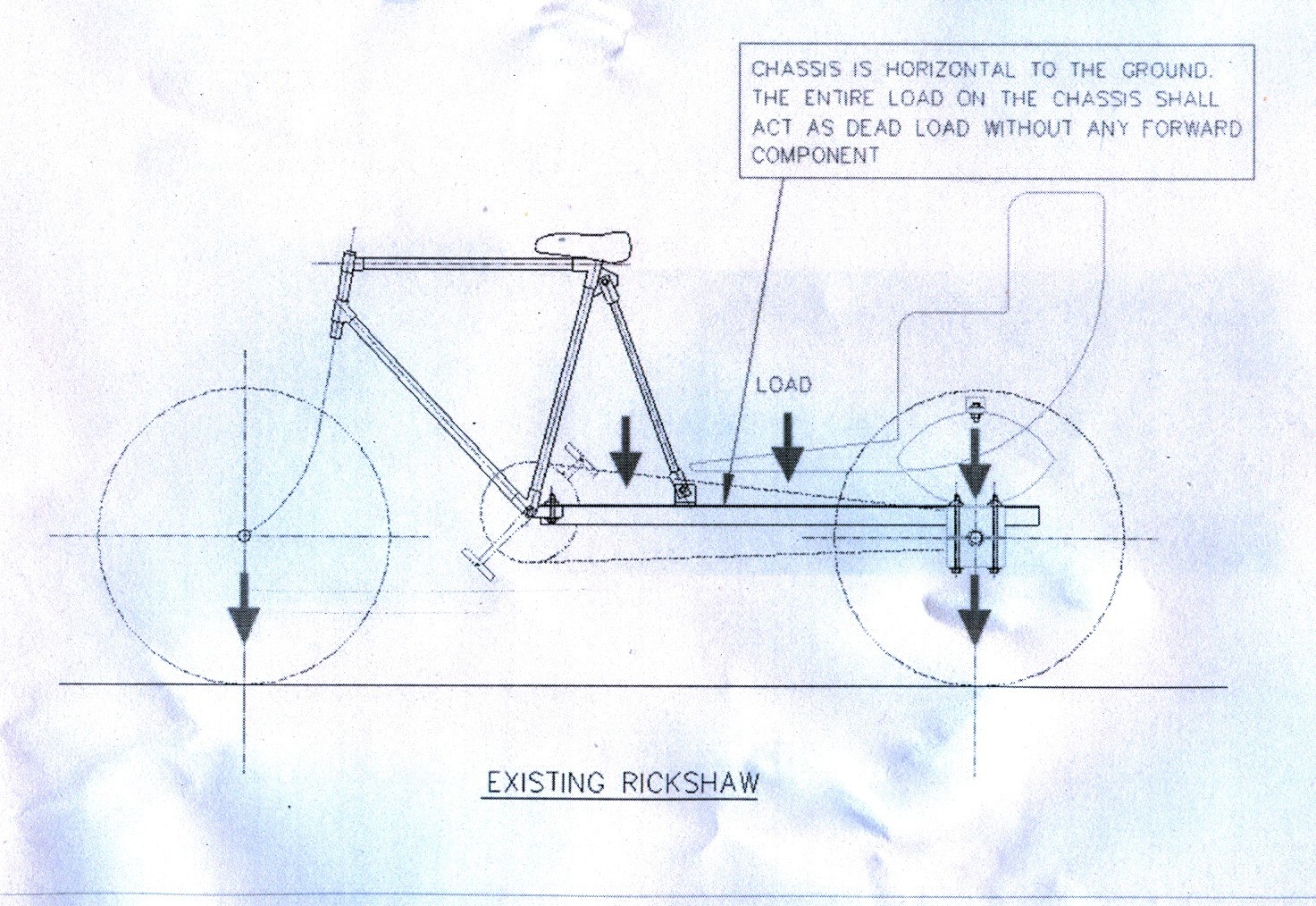 Kolkata: A Kolkata engineer has designed a cycle-rickshaw that uses passenger load to push the vehicle and reduces the puller’s drudgery by using bumps on the road for propulsion.

Pratik Kumar Ghosh’s wonder vehicle, which promises to improve the lives of thousands of rickshaw pullers, is easy to make and is also cheap.

“The rickshaw resembles conventional rickshaws and can be assembled with the same parts which are currently in use,” said Ghosh, 55, about his design that won a union government innovation award.

The innovator, who works as an assistant general manager with Shriram EPC Ltd, said his design would make bumps and unevenness of the road favourable to the rickshaw puller — converting the shock and vibration to a propulsive force.

“No parts need to be redesigned. The design of the rickshaw is very simple and its manufacture will be equally easy. The cost of production will be close to the existing ones,” he said.

Ghosh’s idea won the National Innovation Council’s Innovation Challenge to Reduce Worker Drudgery, along with six other ideas, in April. 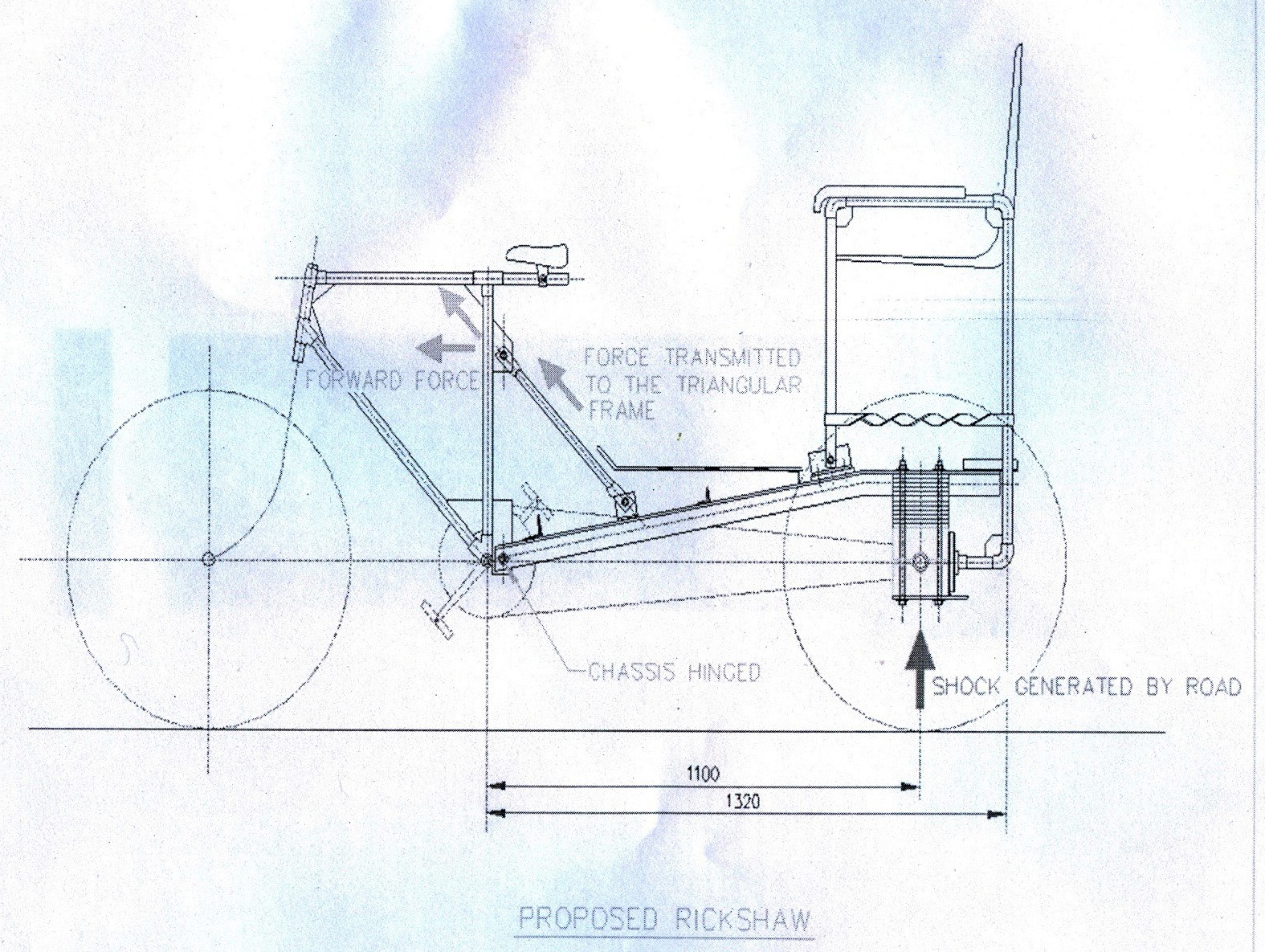 “The rickshaws in vogue were designed to carry load without keeping in mind ways to enhance puller’s ease. In the long history, the vehicle only underwent cosmetic design changes,” he said.

In conventional rickshaws, the chassis is horizontal and the load acts as dead load without any forward component, he said.

“In the proposed rickshaw, the chassis is at an angle of 10 degrees to the ground leaning to the front. Any load on the chassis will have a forward component to assist propulsion. These two forward forces will concur and make the muscle power requirement of the puller minimum when the vehicle will start to move,” he said.

Also, the chassis currently is fixed at all three points with the triangular frame, and requires more power to propel.

“But in this design, the chassis is hinged at the pedal hub and the two other points are fixed with the frame. Since the hinged point acts as pivot, the shock generated by the road is transmitted as a force to the frame and makes the hostile road favourable to the puller,” he said.

Also, the passenger weight in current rickshaws falls directly on the axle, he said.

“But here, the seat frame will be tubular and the rear two legs will not swing and remain pressed to the bearing box horizontally, converting the downward passenger load to horizontal forward propulsive force,” he said.

“More the passenger weight more will be the push.”

Ghosh’s design is different from the soleckshaws (Solar-Electric Rickshaws) designed by the Council of Scientific and Industrial Research (CSIR), which require new parts and major structural changes.

“Since the rickshaw pullers will be able to travel long distances with high speed effortlessly, it is presumed that these rickshaws will be able to replace autos to some extent and reduce dependence on fuel-based vehicles,” he said.

Ghosh, who is hoping that manufacturers and state governments looking to help rickshaw pullers will pick up his design, said the drawings could be taken from the National Innovation Council.

The other winners of the council’s contest, from the 468 proposals, are a human powered motor by professors and students of IIT Madras; a vessel desk for construction workers by Maharashtra student Raghunath P. Lohar; a display unit for street vendors by IIT Guwahati student Manjunath Butta; a low cost cycle for physically challenged by working professionals from Chennai Ajith T. Alex, Aanand Ganesh and Mahesh P.V; and a picking grab for sanitation workers by retired Kolkata engineer Jitendra Nath Das.