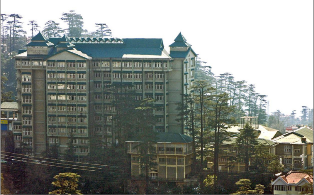 Whereas the court in an earlier order had observed that contempt is a personal action and had nothing to do with official discharge of duty but during the hearing it came to notice that huge amounts were being spent on counsel fee by the state to defend government officials facing contempt proceedings.

Directing the state to file a response, the bench questioned where contemptuous conduct was involved and when notice was issued by the court, why should money from the state exchequer be spent?

“What is the justification for spending tax payer’s money which has otherwise to be spent for developmental work,” the bench sought to know?

The court directed the chief secretary to file an affidavit about the public expenditure the state incurred in the last 10 years for engaging private counsels.

It also sought to know the justification for engaging counsels other than advocate general and government advocates.

Making a pointed reference to instructions issued in the year 1996 and 1998 about engaging private counsels, the bench also demanded details of public expenditure incurred in defending government officials in contempt petitions in such cases.

Sharma petitioned the court for contempt against senior bureaucrat Ajay Mittal, who was then holding charge as principal secretary home, for not complying with a court order passed on September 3, 2010 about pay parity with other police officers.

The petition (CWP No. 4061/2010) allowed by the court was about pay increase to bring it at par with other IPS officers, KK Indoria and Himanshu Mishra, who were junior to the petitioner and had been promoted to IPS after him.

The court had also allowed the petitioner salary arrears from January 1, 2006 with 9% interests.