Shimla: Having appointed Rajeev Bindal as BJP state general secretary, the party has forced his resignation as health minister of Prem Kumar Dhumal, as the minister tendered his papers today. 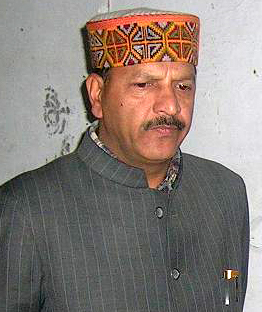 When contacted Bindal let Hill Post know, “I have tendered my resignation from the cabinet and have taken up responsibilities as a general secretary of the party.”

He said, “my immediate task is to strengthen the party and ensure that BJP returns to power to form the government for another term.”

Caught in the crossfire of opposition Congress as well as a faction of the ruling BJP, Bindal had earlier also tendered his resignation in the Vidhan Sabha during the budget session.

Defending his cabinet colleague, Dhumal had turned down the resignation offer even though the opposition took to stalling the proceedings of the house.