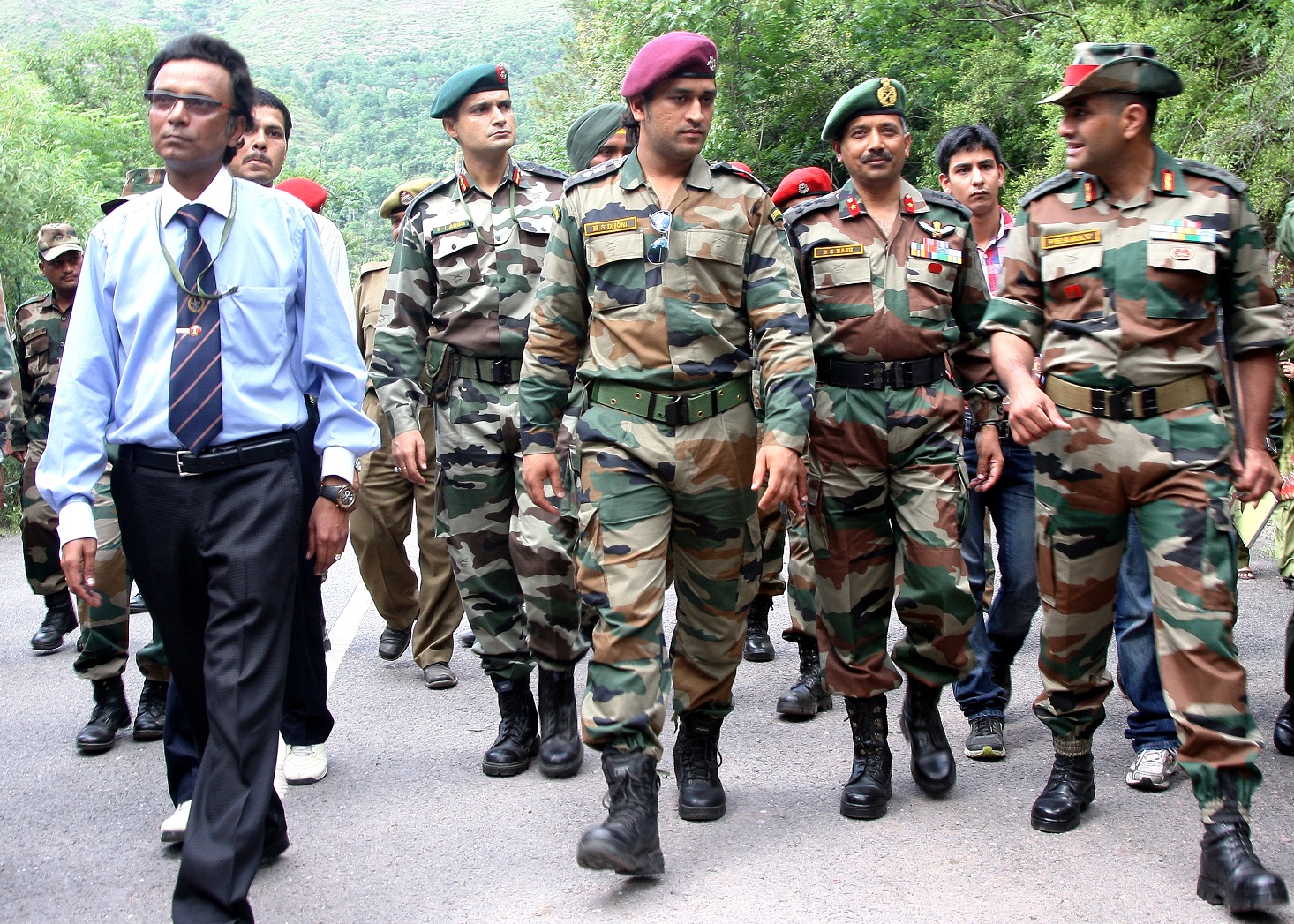 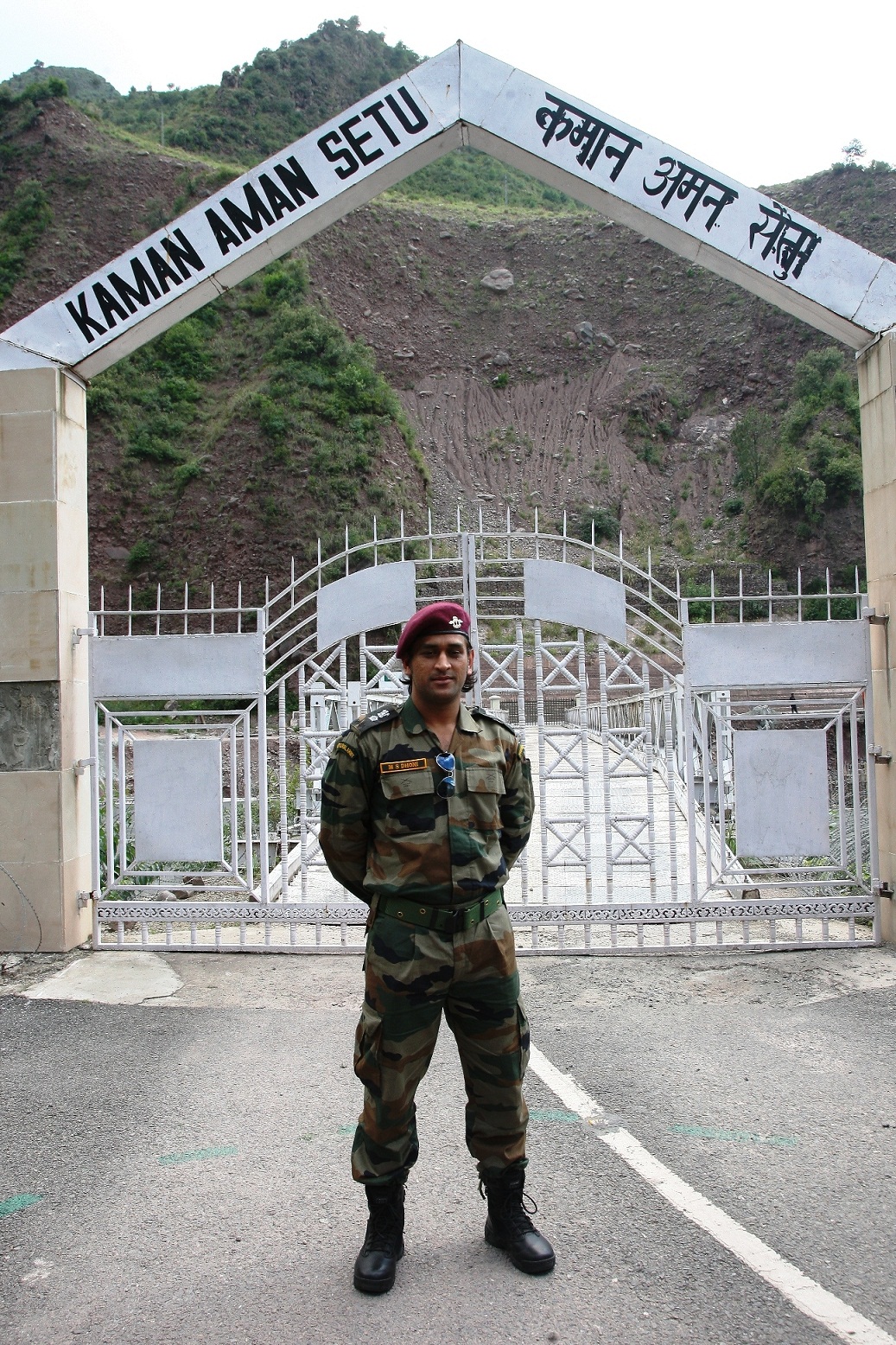 Dhoni, who is also an Honorary Lt. Col in Territorial Army, went to areas close to the border after arriving in Jammu, said defence ministry spokesman Col. R.K. Palta.

“He will interact with soldiers and see how the Indian Army works in forward areas,” said Palta.

The army was proud to have such “an international icon as its brand ambassador”, he added.

Dhoni will visit forward areas like Bhimbher Gali, Hamirpur, Kalsian, Nowshera and some other positions in Poonch and Rajouri districts donning army uniform.

According to Palta, the visit seeks “to boost the morale of troops who work in most inhospitable condition and to motivate local youths to join the army”.

He is scheduled to visit Udhampur, headquarter of the Northern Command, Sunday before watching the final of the first phase of the Kashmir Premier League (KPL) at Baramulla in the Kashmir Valley.