Manali: To highlight the issues of high rate of unemployment in the state, corruption prevalent in the government and illegal land sales, senior state congress leader GS Bali embarked upon a state wide ‘padyatra’ from here today.

The yatra named ‘Himachal Rozgar Sangarsh Yatra’, which will  cover four districts in the first phase, said Bali at a media conference. 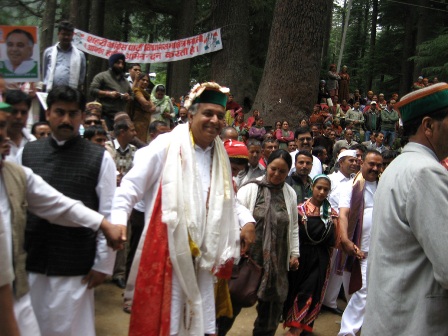 He said that issues about mounting corruption, sale of state’s interests to companies like Jaypee by the BJP government besides the failure to solve the problem of unemployment would be taken to the people.

This is a first-of-its-kind public movement, where problems of the educated youth will be highlighted. The state government has failed to frame any policy for the unemployed, he said. 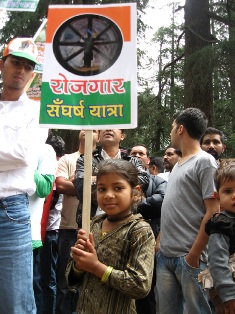 The Congress man dismissed the state employment figures saying that they had all been concocted whereas in reality the true facts are being hidden.

Holding that it was not a political move and the party had no role to play in it, Bali said that he had invited senior party leaders to join the yatra and rallies planned during the protest march.

In the first phase, the yatra will cover districts of Kullu, Mandi, Kangra and Chamba.

In the next phase, districts of Sirmaur, Solan, Una and Hamirpur and in the third phase Shimla, Bilaspur, Hamirpur and Kangra will be covered said Bali.