The realization that in order to be happy and remain happy the pursuit of wealth is a prerequisite comes to more people late and to some sooner.

They say to the unhappy quickly and to the happy later; to the intelligent early and to the diligent in due course; to the city slick precociously and to country folk when they are under employed; to women, when they are to marry and to Nations when they amend their Constitutions.

The only group that seems to circumvent this pecuniary enlightenment are people who have renounced this world before death.

But, in this apparently straightforward pursuit there are these hurdles of morality and law that play spoilsport.

One can safely bet that were it not for these spoilsports we would be happier albeit fewer in this world and, with shorter life spans.

And this would not be all that bad; with shorter lives, women would have more babies and quickly and that would make them happy.

No? And more men would be processed per unit time, just like in the good old days when everybody was fighting everybody else.

However, good things don’t last they remind us and so in due course the peacemakers came and put as many hurdles of law and morality as they could between us and happiness. 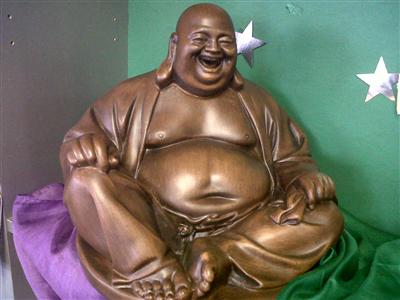 Maybe they had thought of smarter ways of making money? Well the lawyers certainly had; and the clergy. The city slickers became lawyers and the rural under employed the clergy.

Kings or Governments became bankers and the military the debt collection squads. The proletariat were made to go around in circles: from the clergy to the courts and then back.

Those who had been to school but were poor kept debating the virtues of Marxism and those who were well off, the vices of Capitalism.

Those who believed in the Middle Path came up with Micro-credit and kept the police busy investigating mysterious suicides (or were they obvious?).

Things were clearly getting messy.

So they decided to spread Democracy among the poor and the illiterate and the superstitious and petty criminals with country made pistols and the religious minded with expertise in quickly assembling Molotov cocktails besides eager voters at polling booths.

This was going to be fun besides becoming an endless money making industry in due course, of course!

So we had elections and then more frequently right down to miniscule Panchayats and nondescript urban bodies.

The politically inclined soon discovered a great shortcut to wealth (without having to pay tax); get elected. And the people couldn’t blame the very politicians they had elected. Could they?

So the people, by now less stupid, thought why not be like the politicians? Quick-money became a universal creed, only no confessions were required.

Business, the bureaucracy and the police and the military and the banks were first off the mark.Trickle Down happened but not as slowly as the World Bank would have us believe.

The leaders of this great Trickle Down were not selected by the President of the USA. Soon there was a huge Middle Class doing roaring business, mostly under the table.

Poverty, that human condition we had all started with, was quickly vanishing with a little mystery mathematics help from the Planning Commission.

So what if for most of us our declared income was less than Rs Twenty-Twenty a day or night.

Finally we had done it. The pursuit of Wealth was going to take us shopping to the far away galaxies and beyond humankind had always dreamt of.

What and Whom we left behind was another matter.