Khanyara is a small village, far less than an urban settlement located few kilometers from Dharmshala in district Kangra. The village was once popular for its slate mines and modernized restaurants with swimming pool and spa facility. That was almost a decade ago.. Now the times have changed – a lot many modern restaurants have mushroomed in the region and the slate mines are non-functional.

The village is still popular, though.

Sanjeev Rattan, Rajat Kamal awardee for his pahari film “Dile Ch Baseya Koi” is a native of this village. An M.A. in Theater and Arts from Punjab University, Sanjeev completed his schooling from government schools in Dharmshala. He aspires to portray the folklore of Himachal Pradesh on the big screen. His hard work is paying off now. He is confident that sooner or later, Himachali Regional cinema will also flourish. 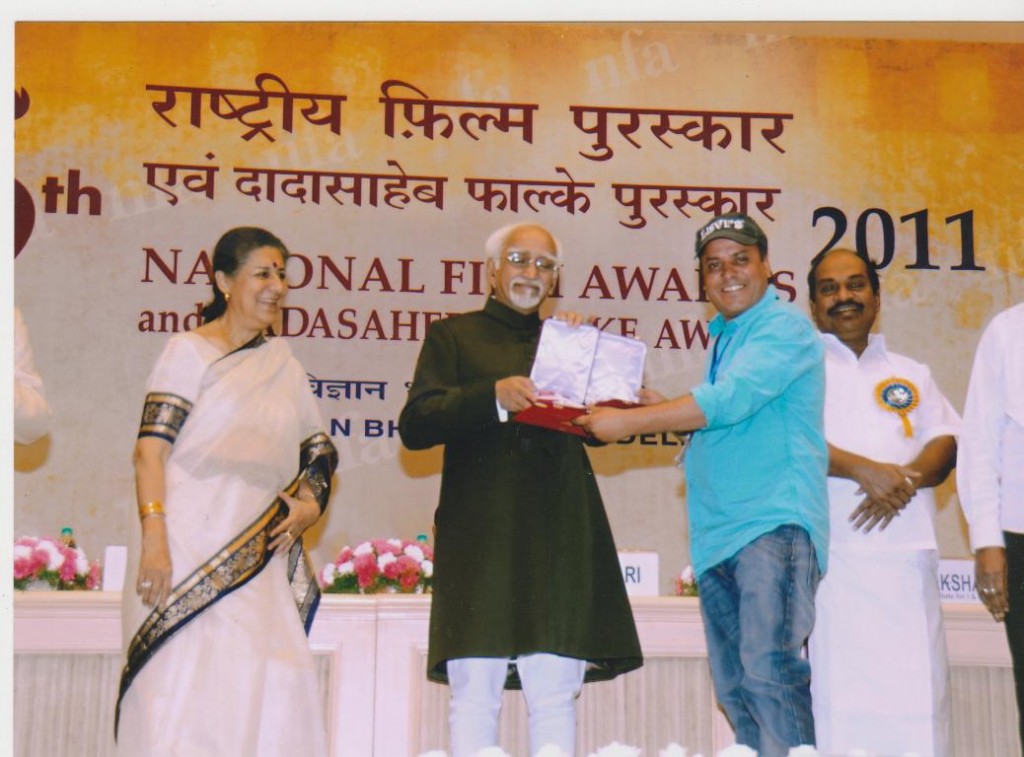 The acting/movie bug – when and how did it bite you? Did you want to be an actor or simply a director?

It’s an inborn instinct, bug is as old as I and it was always a director bug!

You have acted for quite some time in theater. Tell us something about your good old days in Chandigarh (and around) when you had just graduated from PU with a gold medal. What were your aspirations, dreams, and expectations?

During my stay in Chandigarh I did more than 20 plays and around 20 theater workshops in and around Chandigarh. Theater was always my first love but in order to explore one’s own self, one has to expand his horizons and that’s how I entered Bollywood.

Nature and life are my real inspirations. In future I expect something more creative, and original from myself.

Was it all a rosy picture? Usually it’s hard for anyone with no film industry background to get the real deal. Did you feel the same? Did you find it hard to continue, ever?

Definitely. The journey was not a bed of roses as challenges stared at me from every nook and corner. Looking back, I realize that those were the moments when I learnt to live, understood the human mind its feelings. Despite all the odds, it was consistent hard work, dedication and devotion towards cinema that got me where I am today.

Working with Mr Vidhu Vinod and the great Indian Bollywood – how was the experience?

Vidhu Vinod Chopra is like an institution in itself where I got an opportunity to refine and grill my skills. Working with him was an immortal learning experience for me. It was with him that I learnt the simple fact that making cinema is not a one man show – it’s a team march. Harmonious & dynamic all-around contribution is the secret behind great cinema.

It’s a simple love story. The only motto behind its creation is to give Himachali audience a glimpse of quality cinema. At the same time it’s an effort to bring Himachali culture and language up to national and international platform. Luckily the effort was acknowledged by the National award Jury and film was awarded as Best Dogri Film. It was very simple yet innocent portrayal of the emotional dilemmas of young people growing up in the idyllic landscape of Himachal Pradesh with this I tried to unveil some core human values and relationships.

I hear you made DVDs. How can we buy this movie?

Throw some light on Himachali Cinema. Why don’t we have a good cultural regional cinema scene?

Like any other culture Himachali culture is full of potentials in it but we need to explore and unveil its beauty and for that we have to come out of our hard shells. In this prospect I would like to appreciate Punjab, U.P, Kerala, Maharashtra and West Bengal governments for their constant support, efforts and funding to upbring their culture. I expect the same in Himachal.

What are your future plans? Any special plans to bring Himachali scene on the National Scenario.

Through Hill Post, I want to thank Himachali audience for coming up with so much love and appreciation. I love to go through comments that come from my beloved audience and it feels good when people of the state recognize it as one of the first quality works in Himachali cinema. They say they’re waiting for my next release and it fills my heart with hope, confidence and gratitude.

Along with  Dile Ch Baseya Koi , Sanjeev’s  another debut   as an independent director  and producer Panchakki (Hindi ) also begged a National Award (2011) in the Best Short Fiction Film category.