Shimla: The HP High Court has hauled up the state government for not fully complying with the National Cancer Control Program because for want of technical staff advanced treatment machines were lying unused. 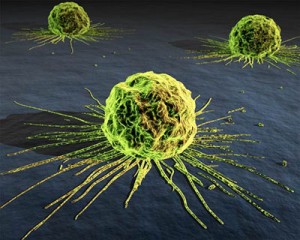 Taking cognizance of a writ petition filed by Namita Maniktala, the division bench of the court presided over by chief justice Kurian Joseph along with justice Dharam Chand Chaudhary directed the government to file a reply as to why the posts of Medical Physicists & Physicist Technicians in the Regional Cancer Centre in IGMC are not filled up.

Earlier the judges observed that just because of delay in appointment of
these technically qualified personnel, the Cobalt Unit-II had not made functional and was lying idle for quite some time, despite the dire need for the same.

Direct the state to reply within a month before listing the matter for July 11, the court wanted to know whether any assessment about the increasing number of patients needing or undergoing chemotherapy had been made.

The government has also been asked to clarify as to what what steps had been taken to implement the National Cancer Control Mission in Himachal Pradesh.

In the petition Maniktala has alleged that the state was not implementing in letter and spirit the provisions of National Cancer Control Programme throughout the state.

The petition also makes a reference to Tele Cobalt Unit-II at Regional Cancer Center, IGMC, Shimla that has been lying idle due to vacant posts of qualified medical staff not being filled.

The petitioner has also pleaded before the court for an increase in the numbers of bed for cancer patients in the hospital as the number of such patients was increasing.

Facilities of a separate ambulance and medical store in the premises of regional cancer center have also been sought.