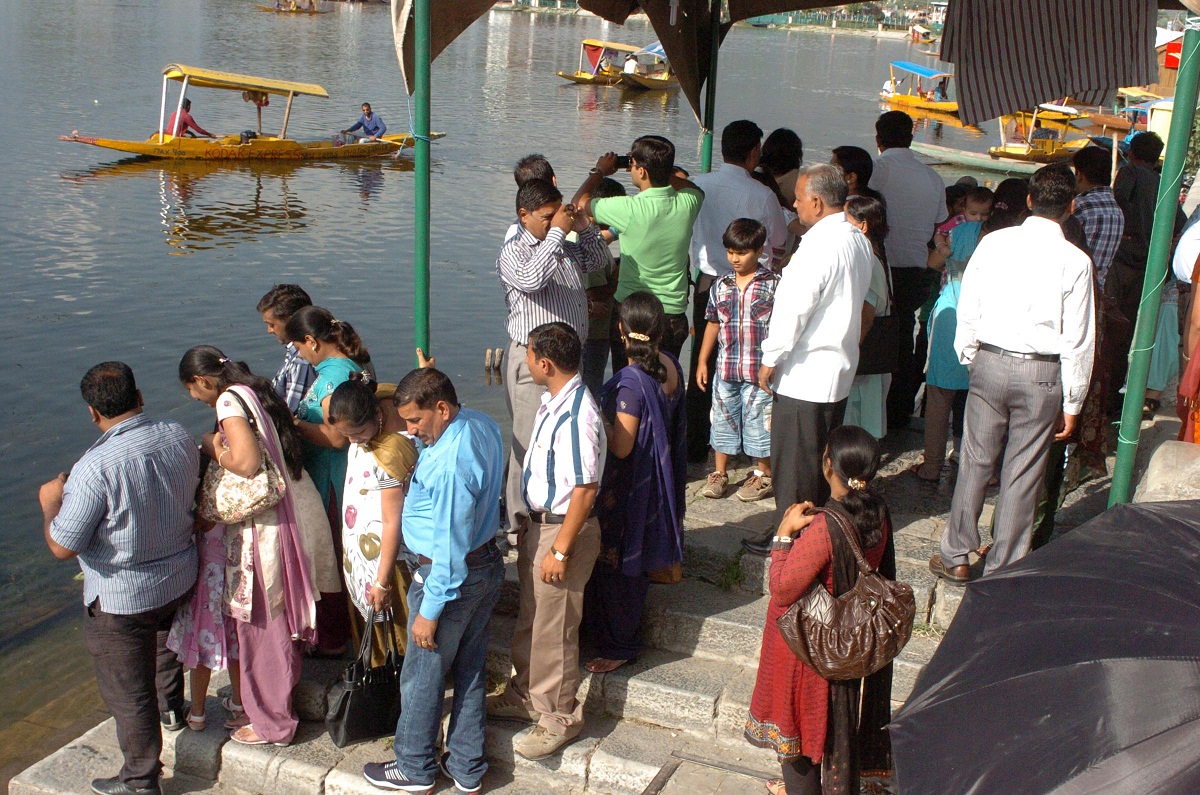 Srinagar: It’s another summer of peace for Jammu and Kashmir and tourists are flocking like never before to this picturesque land of meadows, streams and hills that was deserted just two years ago as tension reigned and bullets flew.

Seeking to escape the searing heat of the plains for the serenity of the famed Kashmir valley, visitors in their thousands are pouring in each day – galvanising the tourism industry and bringing smiles to the faces of thousands of craft persons, hotel owners, restaurateurs, shikara ‘wallahs’ and the like.

In this summer capital, there are simply no rooms to be had. All houseboats on the Dal and Nigeen lakes, hotels and guesthouses are booked to capacity.

“There is simply no place anywhere in the Boulevard Road area, which is the famous haunt of the tourists coming to Kashmir each year. Many locals are now converting their residential homes into paying guest facilities,” said Gowhar Maqbool, a hotel owner. 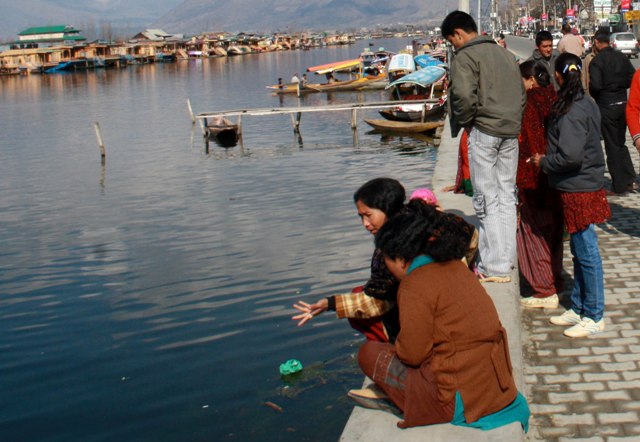 Long queues of tourists are seen outside Srinagar’s many Mughal gardens with people waiting for entry tickets to enter the Nishat, Shalimar and Chashma Shahi gardens.

Shikarawallahs, who are so much part of the Srinagar charm with their wooden boats, on the Dal and Nigeen lakes are doing roaring business.

“I have never been this busy all my life. Perhaps God finally decided to be kind to our families,” said Abdul Salam, 54, a Shikarawallah in Nigeen Lake.

All taxi stands in Srinagar city are deserted during the day as almost every available vehicle is ferrying tourists to Gulmarg, Sonamarg and Pahalgam and other tourist resorts.

No wonder that Gulmarg, also a key skiing destination in the winters and renowned for its rolling lush green meadows, has played host to more than 500,000 tourists this year. The numbers will go up in the coming months, said officials.

“Between Jan 1 and May 27 this year, 500,000 tourists have visited Gulmarg. This is an all-time record. Less than half this number had visited Gulmarg during this period last year,” Mehmood Ahmad Shah, chief executive officer (CEO) of the Gulmarg Development Authority (GDA) said.

To cope with the unprecedented tourist arrivals — about 8,000 a day — authorities have even opened about 60 km from Srinagar an alternative to the town.

“We opened up the Batapathri area, 10 km ahead of Gulmarg, for tourists,” a pleased Shah added.

“Although there are no rooms available for tourists in Batapathri, it is a great camping site,” he said, adding that all rooms have been sold out till the end of June.

Ironically, authorities in the state, which had for years been cut off because of militancy and violence, are already looking at a tomorrow where tourists would have to be restricted.

“I am afraid during the coming years we would have to regulate tourist flow into Gulmarg as the delicate ecology of the meadow cannot take such huge tourist inflow,” Shah said.

Mir Afag Ahmad, a police officer said: “Many tourists coming to Sonamarg these days spend nights inside their vehicles. There is no hotel accommodation here these days.”

It’s a far cry from the earlier summers of unrest.

Last year was the first summer of peace in years for Jammu and Kashmir. But the three seasons before that saw bloodshed and violent street protests — in 2008 because of the Amarnath Shrine land row agitation; in 2009 following the alleged rape and murder of two women in Shopian; in 2010, 210 youths were killed in clashes with security forces following the death of a schoolboy in old Srinagar.

With the guns having been silenced, the number of tourists is also going up — from 446,000 in 2008 to one million in 2011. The figures do not include pilgrims to the Amarnath shrine.

The numbers this year could be even more.

“Wonder what kept us away from such a dream destination so far,” said Anil Kumar, 34, from Delhi who is staying in a houseboat here.

The memories of violence linger and old-time residents fear that trouble could be round the corner. But the good times, it is being fervently hoped, are back.