The met office has predicted no relief from sizzling heat this week. 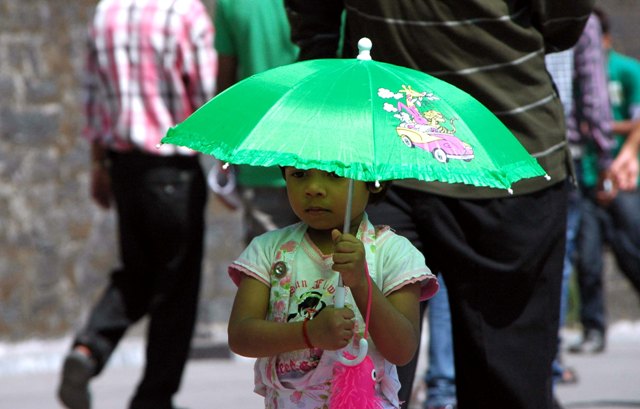 “Temperatures across the state remained on the higher side due to lack of rains. The maximum temperature remained above normal,” a weather official said.

Shimla’s maximum temperature was six degrees above the average for this time of the year. It recorded a high of 29.2 degrees Celsius, while the minimum was 19.4 degrees Celsius.

“Una town was the hottest in the state with a high of 42.8 degrees Celsius,” said the official.

Dharamsala, the headquarters of the Tibetan government-in-exile, also experienced a high of 34.2 degrees Celsius, three degrees above average. The town has been experiencing night temperatures at 23.9 degrees Celsius.

Keylong, the headquarters of Lahaul and Spiti, whose high hills were still covered with snow, also saw a rise in temperatures. The minimum temperature of Keylong was 7.2 degrees Celsius, while the maximum was 22.7 degrees Celsius.

“There is nothing unusual. Prolonged dry spell generally keeps the temperatures above the normal,” the met office said.