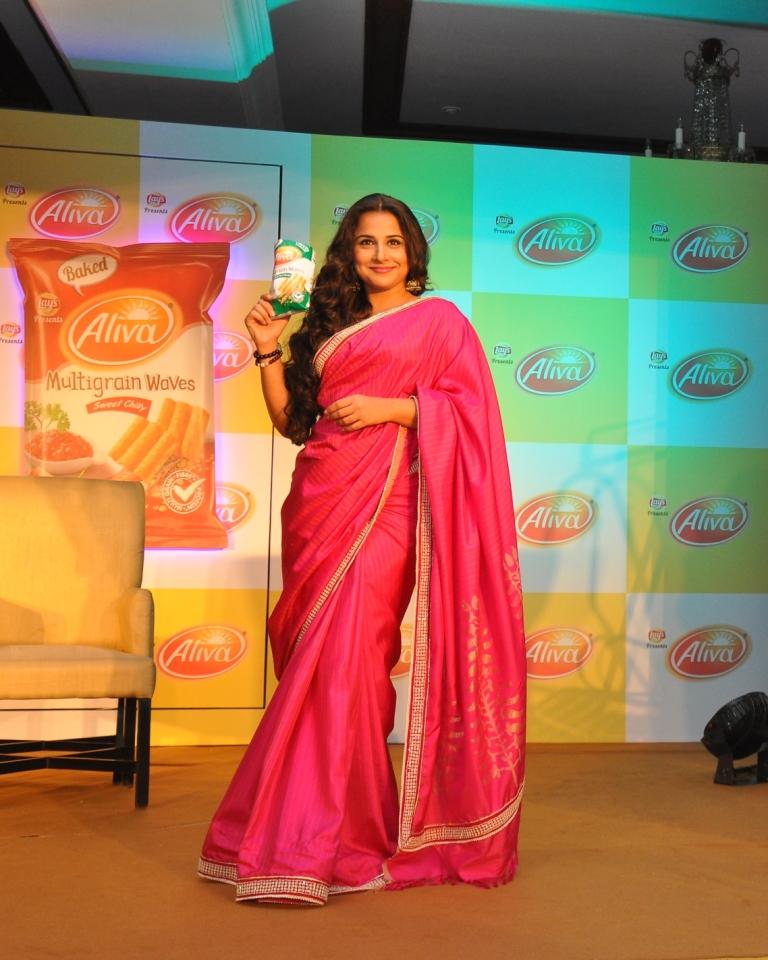 New Delhi: A bespectacled studious girl to a glam diva — Bollywood actress Vidya Balan has essayed a range of characters in showbiz, but she says she always wanted to do a double role.

Her dream came true thanks to her endorsement deal with a new range of snacks brand Aliva.

“This snack is a perfect marriage between healthy and tasty, and then (in this ad) I was getting to play a double role. Only Sridevi and Hemaji (Hema Malini) have done it so far. I have always wanted to do a double role,” Vidya told reporters here.

“We don’t have double roles for some reason in films anymore… so this (offer) was too good to be true. Too many things fitted my bill,” she added.

The 30-second campaign for Aliva’s multi-grain waves will go on air early June.

In the television commercial, Vidya will be seen in two avatars — her traditional “Parineeta” look and her sexy siren look from “The Dirty Picture”.

Vidya, who won a National Award for “The Dirty Picture”, says the ad reflects her range of acting, and proves all those, who tried to typecast her, wrong.

“The ad took me back to ‘Parineeta’. For the longest time after ‘Parineeta’, people just wanted to see me as (in the look of) Parineeta. And they didn’t think I was capable of much else. They wanted to pigeonhole me into a stereotype of sorts.”

“But then slowly, one began to push the envelope and thankfully the audience has accepted me with open arms. I was getting to do all these things – Parineeta and Silk as diametrically different as possible in the ad film — and make a point, for the ad, and for myself,” said the 33-year-old.