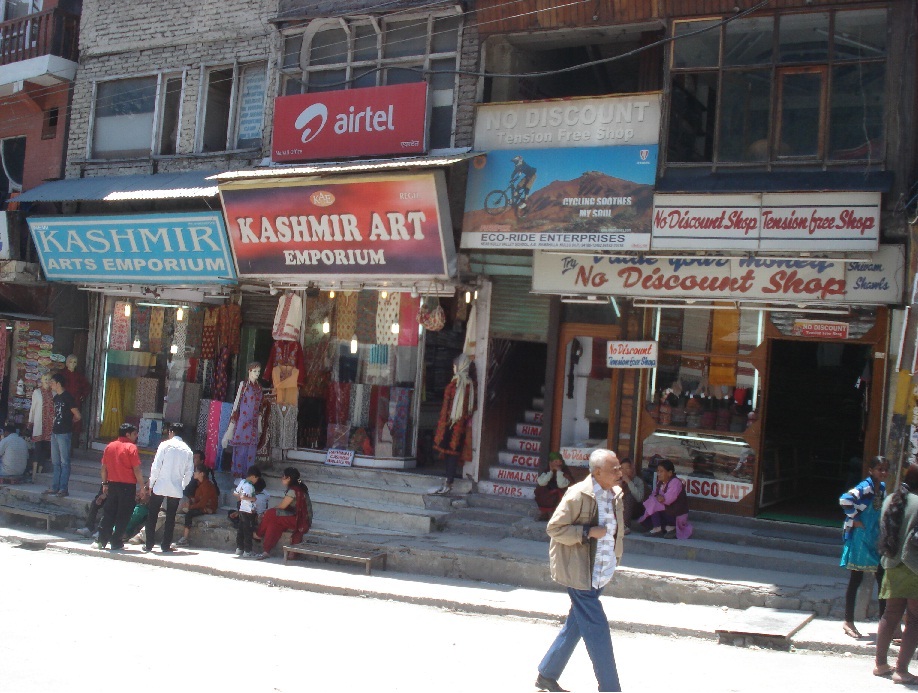 Manali: Its human tendency to take for granted what he gets easily, perhaps this is the way it had been to Himachal handicraft showrooms particularly in Manali and Himachal as whole. Manali is a glaring example of this. Today every second shop where Himachali handicrafts used to be displayed has given way to Kashimiri Artifacts as the owners of these shops have rented them out to the Kashmiris.

The Kashmiris are taking over the maximum handicraft market of Manali Mall road. It’s prudent to mention here that locals have rented their handicraft showrooms to Kashmiris for greed of easy money. Its great concern that without thinking about their cultural inheritance, falling in the hands of outsiders. Had this trend prevails in Manali, It will not take long time when Manali would render as second home for Kashmiri people overpowering the exclusive Himachali handicrafts market.

Its worth to mention that on one hand we are ‘Community Patenting’ the Kullu shawls and on other losing the sale outlets. Its important to realize the fact that sale outlets are very important to feed the handicraft cottage industry of Himachali handicraft. If this trend prevails, our famous Chamba Rumaals, Binnas and Katawains would not find place even in our own homes itself.

It’s pity to mention here that the state Govt. agencies have failed to check the imitation in the traditional Himachali handicraft products thus making it difficult for original handicraft market to compete the price factor thus leading to losing the faith of tourist to buy genuine product. 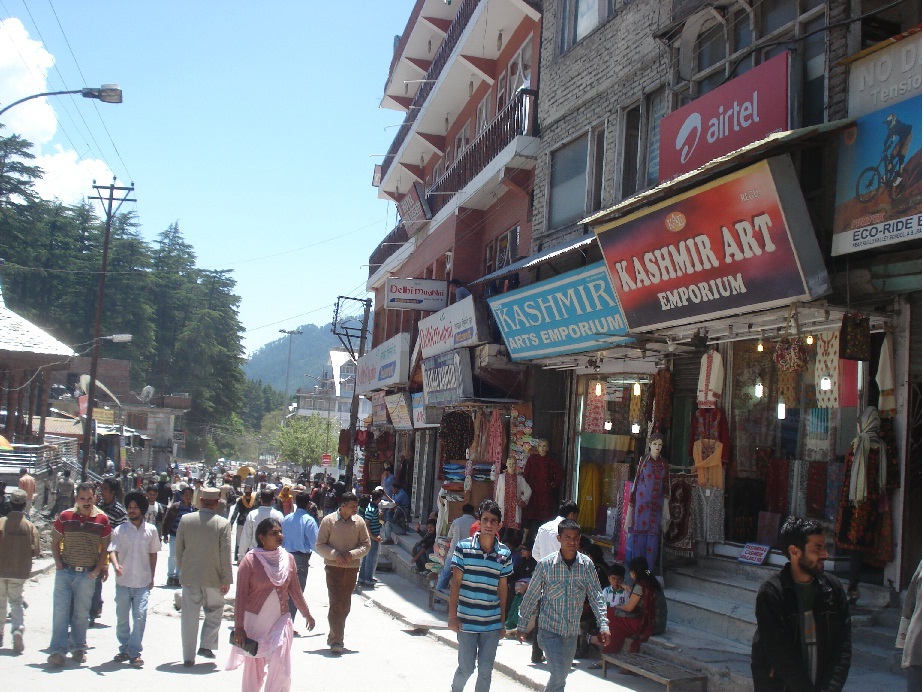 The Kullu shawls were all time favorite and utmost care has to be taken while making the pashmina thread and villagers used to burn mid night oil for weaving it but, now it’s losing the glory due to competition and replication in the market with the introduction of imitations.

When contacted, Sanjay Sharma,General Manager Industries-Kullu,said that they are mere facilitators for helping in getting the ‘Community Patent’ for Kullu Shawls,whereas the Kullu Shawl Weavers Association are responsible to check the violators selling the Local Kullu Shawl imitations by Kashmiris.Further,no single case has been registered so far for violating the Kullu Shawls Trade Mark in Kullu District.

Sunita resident of Manali town said that “ I racked up my brain for all stored information in this regards and suddenly memories came flooding to me that while coming from school I remembered standing outside the Manali Mall shops (window shopping was a term not yet in my vocabulary) for long time, watching the beautiful Kullu dolls having a small lamb in her hands.I used to ponder, how someone could make such pretty dolls that seemed to be miniatures of real damsels. The variety and quality was endless. I am sure that the these revival of these indigenous dolls can be exquisite gifts items representing Himachali way of life”.

It’s a sad story how the Himachali Handicrafts is dying a slow death in the hands of commercial world with the continuous apathy of the government .