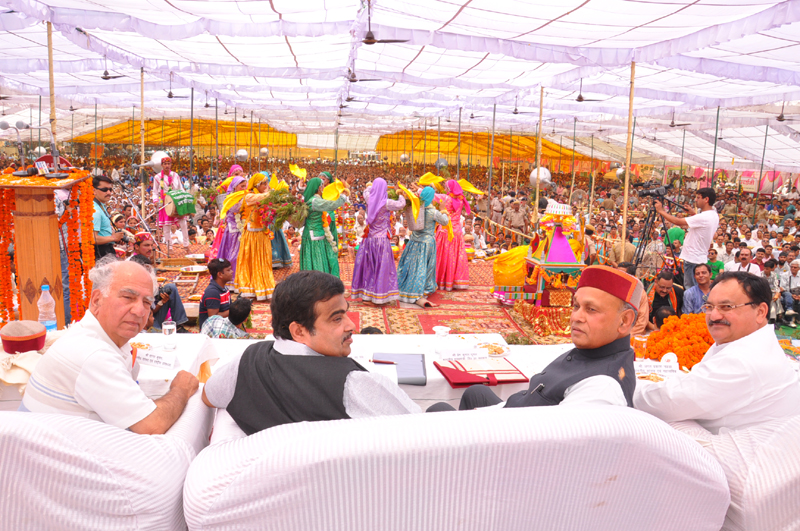 Nahan: Bharatiya Janata Party president Nitin Gadkari Wednesday advised his party’s government in Himachal Pradesh to take green initiatives such as promoting use of renewable energy and adopting an electrified transportation system in the state to cut consumption of fossil fuel and decongest roads.

‘The state should adopt improved electrified transportation system to decongest roads of heavy vehicles besides exploring possibilities of biomass fuel and solar power, and protect the pristine environment for a better tomorrow,’ Gadkari said at a public rally.

With assembly elections due next year in Himachal Pradesh, the BJP president was here to preside over the launch of state government’s new initiative, the Atal School Uniform Scheme, under which students of government schools are provided free uniform twice in a year.

Under the scheme, named after former prime minister Atal Bihari Vajpayee, uniforms will be provided to 927,205 students, including 463,525 girls, from class I to X. This will entail an annual expenditure of Rs.64 crore.

Gadkari appreciated the government for giving top priority to education and said, ‘Good governance and development are on the top agenda of the BJP-ruled states.’

He said the government had launched the Atal Bijli Bachat Yojana under which four CFL bulbs were provided to 16.5 lakh households free of cost.

The Atal Swasthya Yojna was another scheme implemented in the state under which ambulances were provided free to the seriously ill and in cases of medical emergencies.