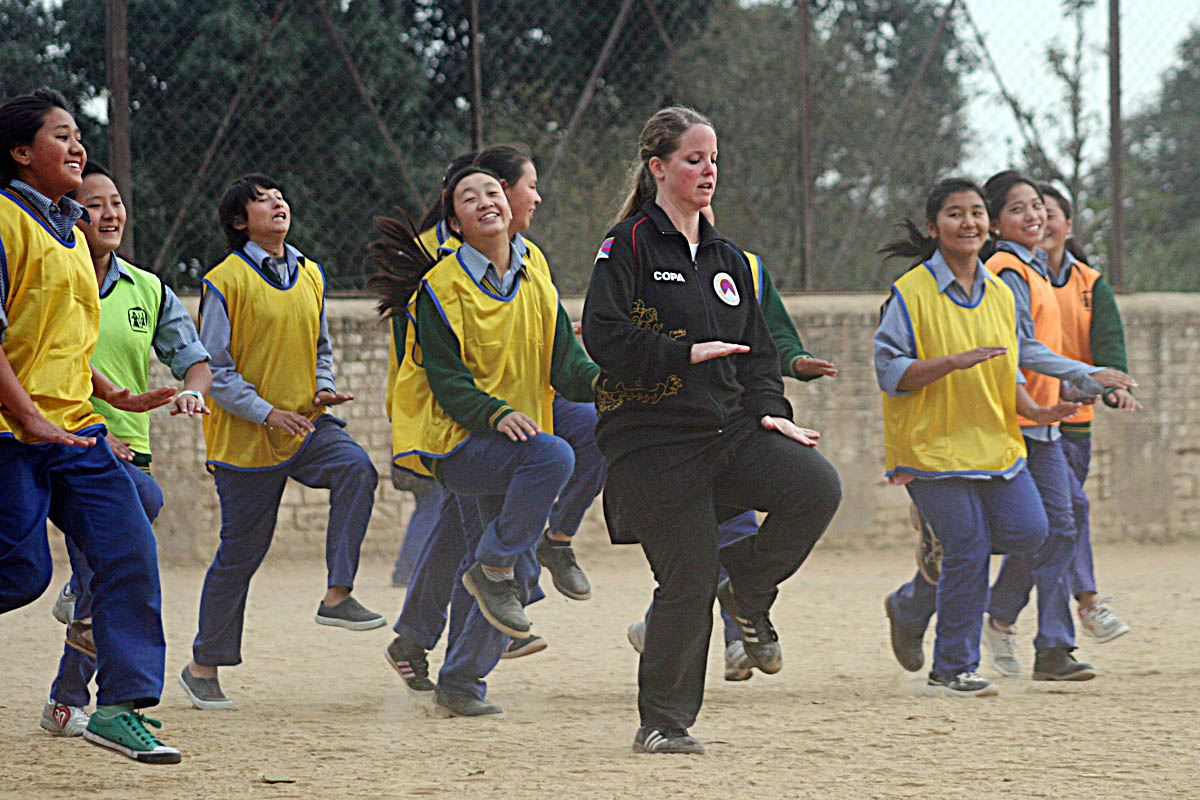 Dharamsala: The first Tibetan national women’s football team is all set to keep its date with the ball.

Trained by the Tibetan National Sports Association (TNSA), a non-governmental organisation based in this town, also known as Little Lhasa, the team comprises girls from nine Tibetan Children’s Village (TCV) Schools and will clash with a local Indian team in an exhibition match.

The occasion: the 18th edition of the Gyalyum Chemo Memorial Gold Cup Football Tournament to be played at Upper TCV School ground here during May 26-June 5.

Instituted in the memory of the Dalai Lama’s mother, the tournament is a platform for the Tibetans-in-exile to protect their identity.

“Though most of the Tibetan schools-in-exile have football teams, this is the first official national team of Tibetan women, coached by American footballer Cassie Childers for six months. This will be its first official match,” said TNSA executive secretary Kelsang Dhundup.

“We have a plenty of young talent and we are hopeful of forming an international women’s football team within one or two years,” Dhondup added.

Manjushree S. Roy, former deputy director general (Press Operations) of the Commonwealth Games organising committee, has designed uniform for the women’s team and this will be launched during the exhibition match.

“We are physically and mentally ready to clash with the Indian team. During the training sessions, Childers gave us good team-building tips and explained technical aspects of the game,” said Taru Yeshe, a player from this town.

She said the team, TCV Girls Team, is made up of students from TCV Schools in Himachal Pradesh and Uttarakhand.

Another player, Padma Dolma, said: “We are aiming to clash with a team of Tibetans based in Europe in the near future.”

Speaking about the tournament, Dhondup said 19 clubs – two from Nepal and the rest from India – comprising mainly college students would participate.

Tibetan Prime Minister-in-Exile Lobsang Sangay will be the guest of honour at the closing ceremony of the tournament June 5.

McLeodganj, on the outskirts of this town, is the headquarters of the Tibetan government-in-exile. Around 140,000 Tibetans live in exile, of whom over 100,000 are in different parts of India.