Chandigarh: With huge stocks of wheat and rice occupying foodgrain storage facilities across Punjab, the government has set the alarm bells ringing of its “problem of plenty” with the next procurement season for wheat having already started, an official here said today.

Food, Civil Supplies and Consumer Affairs Secretary D.S. Grewal said “there was an acute shortage of storage in the state in view of the slow movement of foodgrain by the government of India. 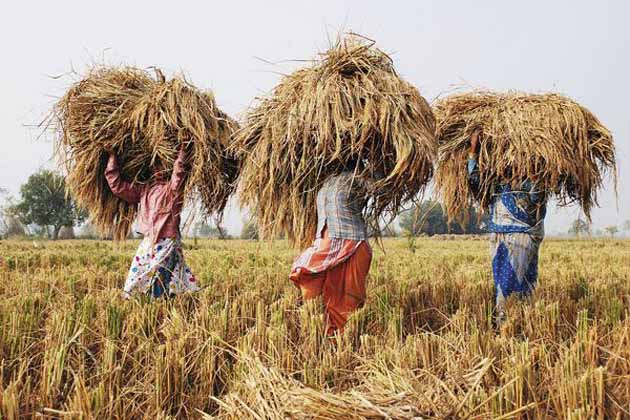 Chief Minister Parkash Singh Badal is likely to meet Prime Minister Manmohan Singh and Union Minister of State for Food, Consumer Affairs and Public Distribution K.V. Thomas to seek their intervention for expeditious shifting of previous stocks of wheat and rice from Punjab to other states to solve the storage problem in the state.

Punjab, called the food granary of the country despite having less than two percent of India’s geographical area, supplies over 60 percent of foodgrain (wheat and rice) to the national kitty.

At a meeting Wednesday to review the arrangements of wheat procurement, Grewal apprised the chief minister and other functionaries that the production of wheat was likely to touch 156 lakh tonnes this year.

Last year, the government agencies procured over 110 lakh tonnes of wheat, one of the highest in the last few years.

An official in the chief minister’s office said Badal would also call on Railway Minister Mukul Roy soon to seek allocation of special railway rakes to transport the stored wheat and rice from Punjab to other states as per the demand of Food Corp of India (FCI).

Food, Civil Supplies and Consumer Affairs Adesh Partap Singh Kairon said efforts were on to seek the central government’s clearance for a facility for scientific storage of at least 25 lakh tonnes foodgrain in the state.

Badal directed Chief Secretary Rakesh Singh to take up the matter for creation of additional storage capacity of 20 lakh tonnes. He said that this should be sanctioned back to Punjab as the state was facing acute storage paucity.

As Punjab floated tenders, the central government, without taking te state government into confidence, reduced the sanctioned capacity to 51 lakh tonnes, they said.

The other 20 lakh tonnes storage capacity was diverted to other states.

“Even after the construction of covered warehouses with storage capacity of 51 lakh tonnes, Punjab will still have to store around 30 lakh tonnes wheat on unscientific plinths and there would still be a shortage of covered space for the storage of rice,” an official said here.

Stored in the open, tens of thousands of tonnes of foodgrain is wasted every year as it rots due to weather conditions.