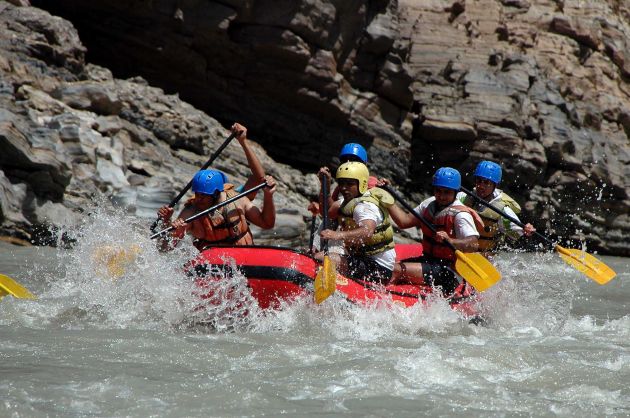 The competition is being held in four disciplines, Raft Sprint, Head to Head, Raft Slalom and Raft Marathon for both men and women category.

There are 12 teams competing in the white water river rafting championship, says Showkat Sikand, chief organizer of the championship.

He added that Satluj happens to be one of the fastest flowing Himalayan Rivers and rapids of  3 and 4 grade would be a real test for the rafters at the championship.

Teams from the Indian Air Force, Jammu and Kashmir and host Himachal are competing in the men’s category and the women category has teams from Delhi and Himachal.