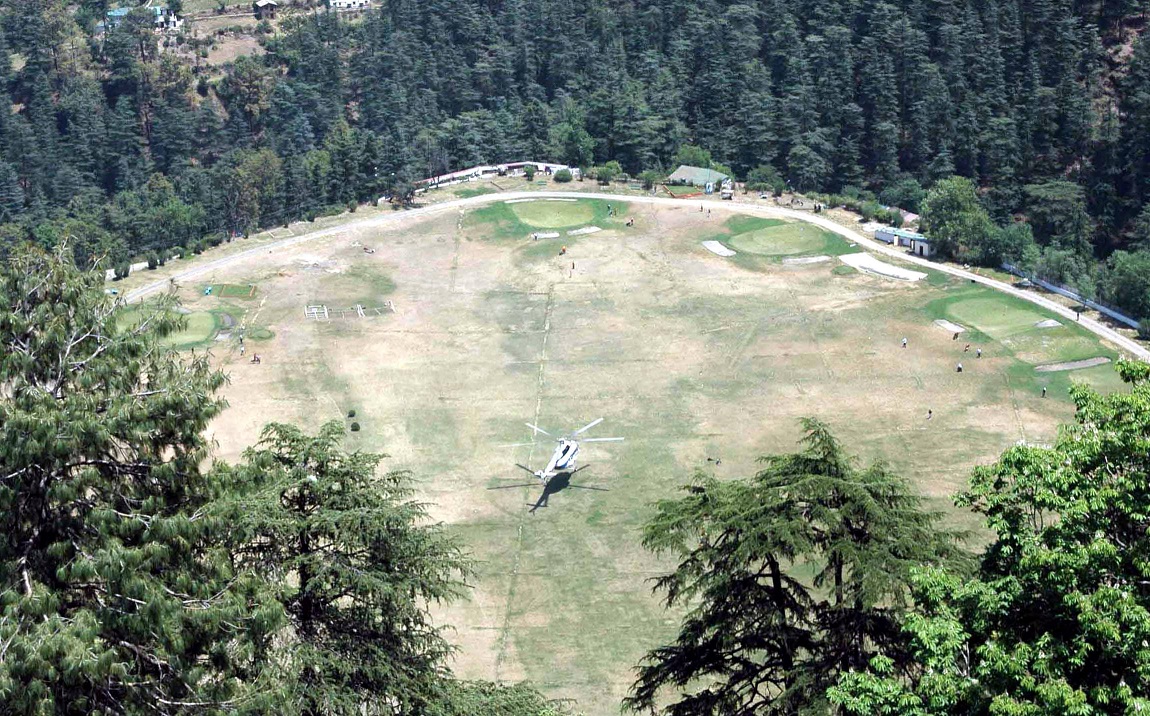 Shimla: As the Himachal Pradesh government and the Indian Army fight it out over controlling Shimla’s historical, verdant and picturesque Annandale ground, many residents are dead set against the state’s move to set up a multipurpose stadium in the area.

Criticising the Bharatiya Janata Party (BJP) government, the residents say taking Annandale away from the army’s protective cover would expose it to commercial forces out to rape the beauty of the hills.

The residents rather apprehend that Annandale, in possession of the army since World War II, would be destroyed the way Mount Jakhu was – with concrete structures at the highest peak in the town located at an altitude of 8,500 feet.

He said: “The civil administration will rape the pristine beauty of Annandale and surrounding hills coated with oaks and deodars.”

“The plans to construct a stadium with tonnes of concrete would destroy something that is of historical and ecological value,” said Sud, who is also convener of the Shimla chapter of the Indian National Trust for Art and Cultural Heritage (Intach).

At a meeting of chief ministers on internal security in New Delhi, Himachal Pradesh Chief Minister Prem Kumar Dhumal Monday took up his government’s row with the army over possession of Annandale ground. The 121-bigha picturesque flat highland ringed by dense groves (one bigha is 0.4 hectare), just three kilometres from Shimla’s Ridge, has been a flashpoint of confrontation between the state and the army as the latter does not allow the ground for civilian use.

Dhumal said the ground “is in the illegal possession of the defence authorities as its lease had expired many years back”.

Various sports organisations and local residents under the banner of Himachal Pradesh Cricket Association (HPCA), headed by Anurag Thakur, who is BJP member of parliament and son of Dhumal, April 7 took out a public rally in Shimla, seeking the ground’s transfer to the local administration.

But Rajesh Mehta, former director of the state’s town and country planning department and a resident, said: “At no cost would Annandale be handed over to the state. The manner in which the state gobbled up the forest in Dharamsala by constructing a cricket stadium, it will be another disaster in the making.”

Peeping into Annandale’s glorious past, Raja Bhasin, a Shimla-based writer-cum-historian, said it was once used by Durand Football Tournament Society instituted in 1888.

Author E.J. Buck wrote in his book “Simla Past and Present” that Major Kennedy, a British officer, was so struck with the ground’s beauty that he named it after Anna, a young woman he was in love with back home. Dale, or a meadow, was tagged on to her name to make the ground Annandale.

“We have organised protest marches at Annandale to counter the army’s claims that the ground is of national strategic importance. We want to bring to the notice of the people that these mock drills and mobilisation of machinery have started after our campaign was launched. Why was there no activity before that?” asked Ashwani Garg, president of Annandale for Citizens.

Countering the claims of some that the army is using it only to play golf, Brig. A.K. Sharma of the army’s Western Command said the ground is strategically and logistically important for the army to carry out exercises and operations in forward areas.
“The Annandale ground is logistically, operationally and from the disaster point of view very critical,” he said.
Sharma said the armed forces were regularly conducting exercises, both operational and disaster management, in addition to routine training.

M.R. Kaundal, retired government employee who settled in Shimla in 1945, said till the early 1990s, civilians were allowed to play cricket, hockey and football matches at Annandale.

“Shimla in the last 30 years has witnessed denudation of forests. In the Mount Jakhu hills, it’s visible and what is going on around the historic Ridge (sinking every year) is witnessed by one and all.”

“Only god knows what would become of Annandale, where the sunrays still do not penetrate the thick forests, if given to the state,” Sud added.