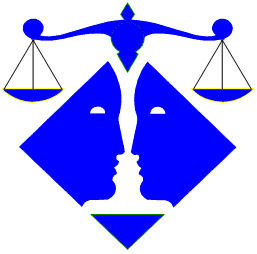 Shimla: With the intention of having a stronger ombudsman, chief minister Prem Kumar Dhumal today introduced HP Lokayukta Bill, 2012 with powers to initiate enquiries against a chief minister and any public servant even as the government sought to repeal the older 1983 Lokayukta Act.

Speaker Tulsi Ram listed the bill for discussion on Friday, which is the last day of current budget session.

Retaining the provision of bringing the office of chief minister within the preview of the Lokayukta from the existing act, the new legislation proposes for appointment of two Up-Lokayuktas.

The provision of the Lokayukta having to be a retired judge from the Supreme Court or a chief justice of a High Court has been retained from the existing act.

With the Lokayukta Act, 1983 found ineffective for taking action against corruption, the new bill sets out to empower the institution with power to initiate enquiry against the council of ministers, chief parliamentary secretaries, heads of departments, officers above the rank of secretary but action would only be initiated with the consent of the full bench of Lokayukta.

While frivolous complaints could attract a fine upto Rs 10 lakhs alongwith imprisonment of a year, a provision to keep the identity of a ‘whistle blower’ secret and provide them security has been made.

Unless the Lokayukta is satisfied that bonafide mistake has been made, no complaint would be allowed to be withdrawn even in case the complainant dies and enquiry, investigation and prosecution would continue, the legislation proposes.
However, the prosecution sanction of ministers and MLAs would be accorded by the state assembly and that of judicial officers by the High Court.

While introducing the Bill, Dhumal said, “the cabinet has incorporated suggestions received from varied quarters.

Asking the lawmakers for holding a meaningful debate Dhumal said, “it was an important bill because all public servants right from the chief minister down to a ward panch have been covered under it.”

“Let the bill be discussed in the house first and after that should the house members feel the necessity to refer it to any forum, the government was prepared for it,” he said.

He even sought an explanation about government officials having been deputed to meet Team Anna members about the bill and the criticism that the draft bill had drawn from Arvind Kejriwal that was splashed on various television networks.

Dhumal denied that any official had been deputed for the purpose or any meeting had taken place with Team Anna members. “Kejriwal’s assertions are not sacrosanct,” he said.