Shimla: Intending to enact a strong Lokayukta Bill but distancing from Team Anna member Arvind Kejriwal’s prescription has landed the BJP government in Himachal in a soup for at the very outset it had let be known that the anti corruption crusaders would be consulted when the state frames a harsher law to combat corruption.

A meeting scheduled for today morning where PC Dhiman, principal secretary home, was to present the draft legislation to Kejriwal was called off at the last moment after it became know that Team Anna member had slammed the Dhumal government for framing a weak Lokayukta Bill draft. 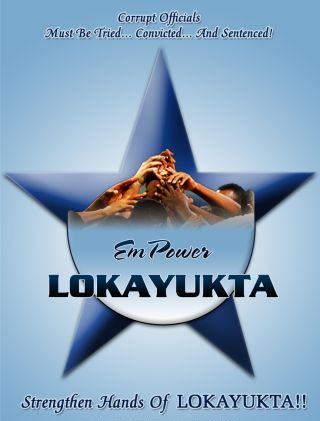 Speaking to the media here chief minister Dhumal said that the government had received on email a draft Lokayukta Bill by Team Anna, which would be considered.

However, he added, “we will not succumb to any pressure be it Team Anna or others. The objective is to frame a tough Lokayukta Bill.”

When pointed out about Kejriwal’s reference to the strong Uttarakhand Lokayukta Bill, Dhumal retorted that even that bill has not completed its passage as it awaits Presidential assent.

At the national level BJP reacted even more sharply with spokesman Mukhtar Abbas Naqvi saying that laws were enacted by parliament and state assemblies and they did not need to be approved by NGO’s.

“The BJP does not need certificate from Team Anna on what we are doing on Lokpal,” Naqvi said.

“The Bill is very weak, ineffective and seeks to provide illegitimate protection to corrupt people rather than punish them. Rather than adopt the strong model of Uttarkhand, Himachal government has adopted many of the controversial provisions of central government. This is unfortunate. Does it mean that BJP disowns its own Uttarakhand Bill? Does it also mean BJP and Congress are on same page on some of the controversial provisions of central bill?” Kejriwal said.

At the height of Anna Hazare’s fast for a strong Lokpal Bill in parliament, the Himachal government siding with the crusader had said the Team Anna would be consulted for framing a stronger Lokayukta Bill in the state.

When Kejriwal started making public statements about Himachal being soft towards corruption, Dhumal had reacted by saying that the activist could not dictate terms.