Shimla : The opposition CPIM and Congress have hit out at the ruling BJP government in Himachal Pradesh for deliberately omitting a huge chunk of voters in the draft electoral rolls published by the government .

The entire process of updating electoral rolls should have taken at least three weeks , but the draft has been prepared in just five days . As a result around 40,000 voters have deliberately been left out ,” said Tikender Panwar , senior CPM leader here Monday . 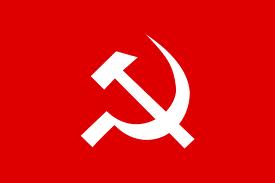 “Leaving out such a large number of voters is a clear attempt by the BJP to rig the elections ,” Panwar said .

Sanjay Chauhan, senior CPM leader said , “A large chunk of students and people of the working class have been left out of the voters list as they are traditionally not BJP voters .”

“We will fight this legally and democratically . We plan to move the high court in the next couple of days ,” Chauhan said .

He said half the voters have been left out of the rolls in the Malyana seat represented by a CPM councillor Meera Sharma .

The Congress has described the omission of names of voters as a political conspiracy and will meet governor Urmila Singh and complain to her said general secretary Kuldeep Rathore and mayor Madhu Sood .