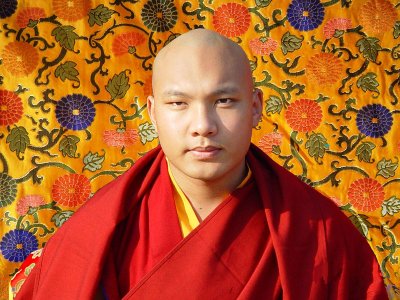 : From a Chinese agent to an alleged accumulator of ill-gotten wealth to innocent monk — the official line of the Himachal Pradesh administration on Tibetan religious head and 17th Karmapa Ogyen Trinley Dorje is a tale of flipflops.

The state government Tuesday gave a clean chit to the 26-year-old spiritual head, saying a criminal case against him was weak, and decided not to initiate prosecution. The case related to the seizure of Indian and foreign currency worth Rs.7 crore (Rs.70 million and over $1 million) from his monastery.

Officials associated with the case said the decision not to initiate prosecution against him “has left the officials red-faced”.

“His name was unnecessarily dragged into the controversy despite a clean chit given to him by the centre’s home ministry long back (in February last year),” a police official said.

But he clarified there was sufficient evidence against nine other accused in the case to initiate their trial.

An important institution in the Tibetan religious set-up, the Karmapa is the spiritual head of the Karma Kagyu sect, one of the four sects of Tibetan Buddhism. He joined the Dalai Lama in exile in 2000.

The Karmapa, who resides at his temporary abode at Gyuto Tantric University and Monastery near here, has been in the eye of a storm for unaccounted cash at his monastery, including Chinese yuan and US dollars, since police cconducted searches Jan 28 last year.

The raids on the monastery came after two people were arrested in Una district of Himachal Pradesh and police recovered unaccounted Rs.1 crore from them. During interrogation, they claimed the seized money was a payment made by the Karmapa’s trust for some “illegal” land deal with the involvement of his aide Rubgi Chosang, also known as Shakti Lama.

A senior government functionary associated with the case since the beginning said Wednesday that statements by the state’s top functionaries one after another during the course of investigation have led to more rumours against the Karmapa and his lineage.

A top police officer told reporters a few days after the monastery raids that SIM and data cards recovered from the monastery had Chinese markings and claimed that people in the Karmapa’s establishment had been talking to ‘Huawei’ in China.

He even said, “Our main concern is why is China interested in setting up Tibetan monasteries across the Himalayan states close to the border and if there are any linkages or leanings of certain people in these monasteries with the country, as the recovery of the large number of yuan suggests”.

Interestingly, it later transpired that the data cards recovered from the Karmapa’s office were used for internet connectivity on laptops and computers.

Another interesting twist in the case came in February last year when then chief secretary Rajwant Sandhu said the Karmapa had no involvement in the financial irregularities.

“There is no involvement of the Karmapa (in any financial irregularities). We have reason to believe that some donations came for the monastery and the Karmapa has nothing to do with that,” she told reporters in Shimla.

But a day after Sandhu’s statement, the government took a u-turn. Chief Minister Prem Kumar Dhumal clarified that the Tibetan religious leader has not yet been given a clean chit.

“Neither have we held him guilty nor given him a clean chit. Investigations are still on,” Dhumal added.

“Clean chit on what?” Dhumal reacted when responding to a question by Congress member Kaul Singh Thakur in the state assembly March 1, 2011.

“I have seen media reports about the central government’s clean chit to the Karmapa, but wondered how the centre has reached the conclusion as investigations are still on (in the state),” he said.

In December, police included the Karmapa’s name in a charge sheet filed in a court in Una town.

Investigating officer R.R. Thakur had told IANS the Karmapa had been charged under Section 120 (B) of the Indian Penal Code, a charge related to conspiracy, over seizure of unaccounted money from the monastery. He was the 10th accused in the charge sheet.

“Since the Karmapa was heading the Karmae Garchen Trust (of the monastery), all financial transactions being carried out by the trust were in his knowledge,” Thakur said.

However, the Karmapa’s office has been saying since the controversy arose that the spiritual leader has no involvement, direct or indirect, in the financial administration of the office.