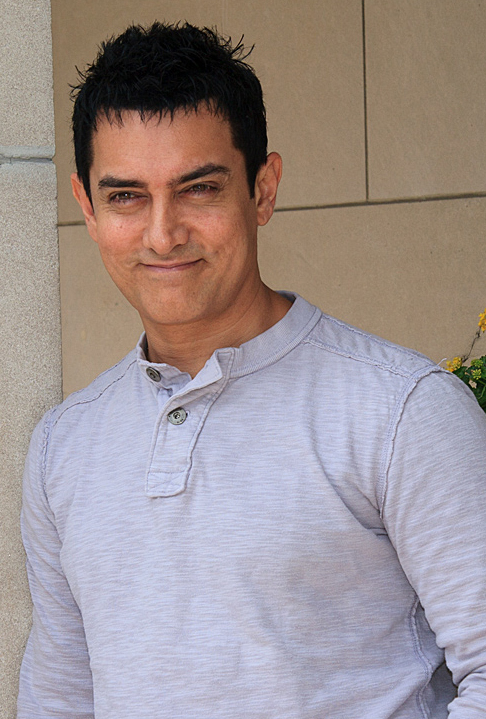 Varanasi:It is not often that a Bollywood star flies down from Mumbai to attend the wedding in an auto-driver’s family. But then, Aamir Khan is known for his down-to-earth disposition and human face.

Aamir is scheduled to attend the wedding of Rajeev, son of Ram Lakhan aka Nathuni, the auto-driver who drove the star around the lanes of the temple city back in December 2009 when Aamir masquerading as a commoner was promoting his film “3 idiots”.

The wedding ceremony is Wednesday.

Hiding his real face behind make-up and heavy get-up, Aamir had wound his way through the dingy, narrow bylanes of Varanasi on Nathuni’s auto-rickshaw and had “hit it big time”. During that trip, the star had also successfully located his maternal grand-mother’s house, thanks to the auto-driver’s immense knowledge of the city.

The 47-year-old star continued with his bonding with the auto-driver and even sent Nathuni air tickets to fly down to Mumbai for the premier of “3 Idiots”, which later went on to become one of the biggest blockbusters at the box office.

Nathuni recently went to Mumbai to invite his “friend” Aamir for the wedding of his son Rajeev – an engineer with an anti-virus company in Jaipur – and Aamir promised to come down for the D-day.

Nathuni said he was very happy that Aamir was keeping his word and that he was likely to come to Varanasi around 9:30 p.m. Vijeta, Rajeev’s bride-to-be, is also excited about the VVIP guest and so is her mother Asha.

“We have been told by ‘samdhiji’ that Aamir Khan is coming and we are on top of the world,” she said . The marriage is to be solemnised at Laharkhara where the bride lives.

Santosh Singh, Varanasi Superintendent of Police, said that “reports of Aamir Khan’s arrival” have reached him as well and that “adequate policemen have been deployed” at the marriage venue.