Sharma, who is the commerce, industry and textile minister in the Manmohan Singh government, on a two day visit of the state from 10th April would also be laying the foundation stone of a Rs 4 Cr Regional Tea Board office building at Palampur. 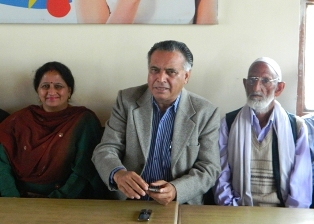 “Anand Sharma would also visit other parts of the state in coming months,” said Bali.

Sharma visit is being counted as a counter rally to Virbhadra Singh, the other minister in the union government, who recently held a public meeting of Congress supporters at Jawali, in Kangra district.

However Bali denied that the party was vertically divided.

“There are no camps in the party. All are working under the leadership of Sonia Gandhi and all congress leaders are united and would be present for the Palampur rally,” said Bali.