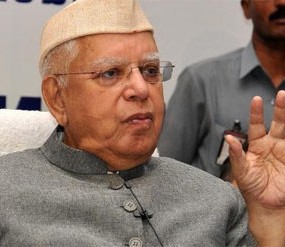 Dehradun : The veteran Congress leader, who once aspired to be the Prime Minister of the country, Narayan Dutt Tiwari, has been reduced to the ignominy of not having been able to have two of his hand-picked candidates of the Congress candidate win from their respective assembly segments in the recently concluded Uttarakhand vidhan sabha elections.

The irony is that Manish contested from Gadarpur in Kumaon division, the home turf of Narain Dutt Tewari, which he had nursed as chief minister of Uttar Pradesh and later Uttarakhand, when it was carved out of the hill areas of U P.

The loss of both his hand-picked candidates will come as a rude jolt to the senior Congress leaders, as Tewari had made himself available to be the chief minister of Uttarakhand yet again, albeit for a period of two years.

It is another story that even the Congress has not got a simple majority and may have to resort to some horse trading to reach the magical figure of 36 in a House of 70.

In fact, of late, the veteran Congress leader had suddenly become active and could be seen moving out to the problematic areas of the city and assuring the people that he would have the problem resolved immediately after the election results, when the Congress came to power.

He also recently had a Holi Milan function at his residence here to show that his popularity was still in tact.