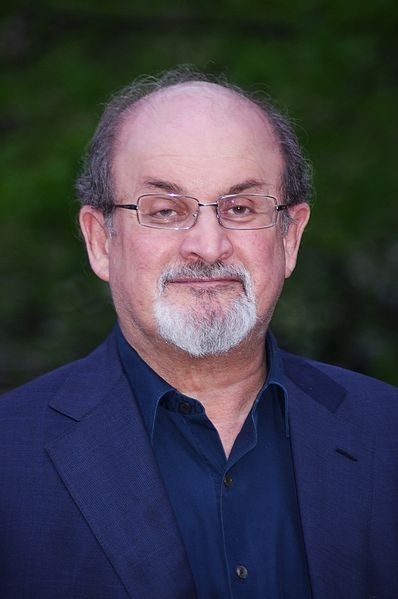 New Delhi : Writer Salman Rushdie, the author of the controversial “The Satanic Verses”, Saturday evening hit out at Pakistan politician Imran Khan describing him as a “dictator in waiting” at the India Today 2012 conclave in the capital.

The former Pakistan cricketer-turned-founder of the political outfit Tehreek-e-Insaf withdrew from the conclave two days ago, saying “he did not dream of being seen with Rushdie for the immeasurable hurt he has caused to Muslims”.

“A British writer described Imran Khan as a dictator in waiting. I am happy that nobody else is protesting this time than Imran Khan. Imran is afraid of facing my bouncers. Imran knew that he would share the stage with me,” the Booker Prize winning writer said.

“Imran never read ‘The Satanic Verses’. Imran is not a liberal,” Rushdie said.

Rushdie, who returned two months after he vowed on Indian television that he would come back to India after being stopped from the Jaipur Literature Festival in January, said he had “not caused immeasurable harm to Mulsims”.

“Fanatics cause biggest harm to Islam. Immeasurable harm have been caused to Muslims by terrorists,” he said.

Rushdie said common people were more sensible than their leaders and 95 percent Muslims in India were not in favour of the violence and the things being said in their name.

“Freedom is not absolute, if you don’t defend it, you lose it…,” he said.

Freedom of speech is a casualty of bigotry, Rushdie said.

“India always had tradition of accepting free speech. Everyday there is a price for hooliganism by bigots,” he said, taking a dig at the “disgraceful votebank politics taking place in India”.

Rushdie said the ban on the import of “The Satanic Verses” in the age of Internet was useless.