There is an old saying in Hindi: “Akela chana bhad nahin fod sakta” and there is a young man who calls himself Himachal Watcher. He defies the logic behind this saying. Shimla, the Queen of Hills is his work area and he has singlehandedly made positive changes to his surroundings.

It all started when he saw water running down the drains incessantly for a week. Water, as we all know, is the second most loved aspect of Shimla, obviously after the Mall.

He considers himself a part of the public who should not and cannot turn a blind eye to anything that goes wrong in the surroundings.

He makes the best use of camera phones, Internet, Facebook, and anything else that was invented to make our lives better. He keeps writing to the Mayors, the SP’s, the DC’s, the Directors, and everyone else who is in a position to make decisions and act.

He believes that if something is going wrong, we need someone to make it right and if it’s not someone else, it’s him. 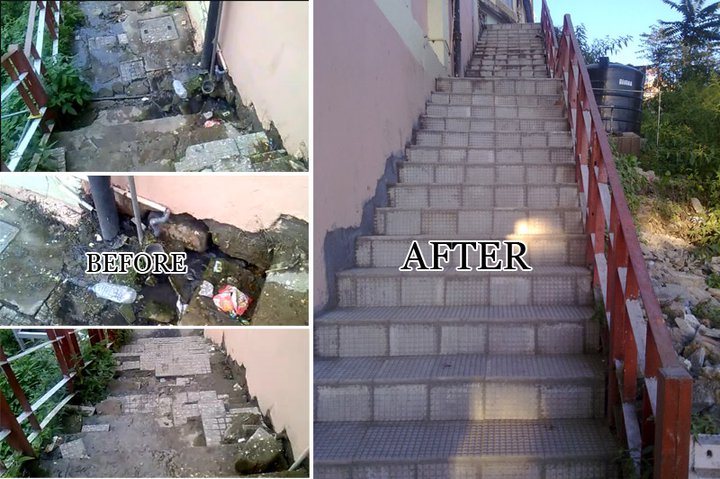 Read on the personal narrative of the young man who has made a difference in the world you live in. Pictures in this post speak of some of his success stories. 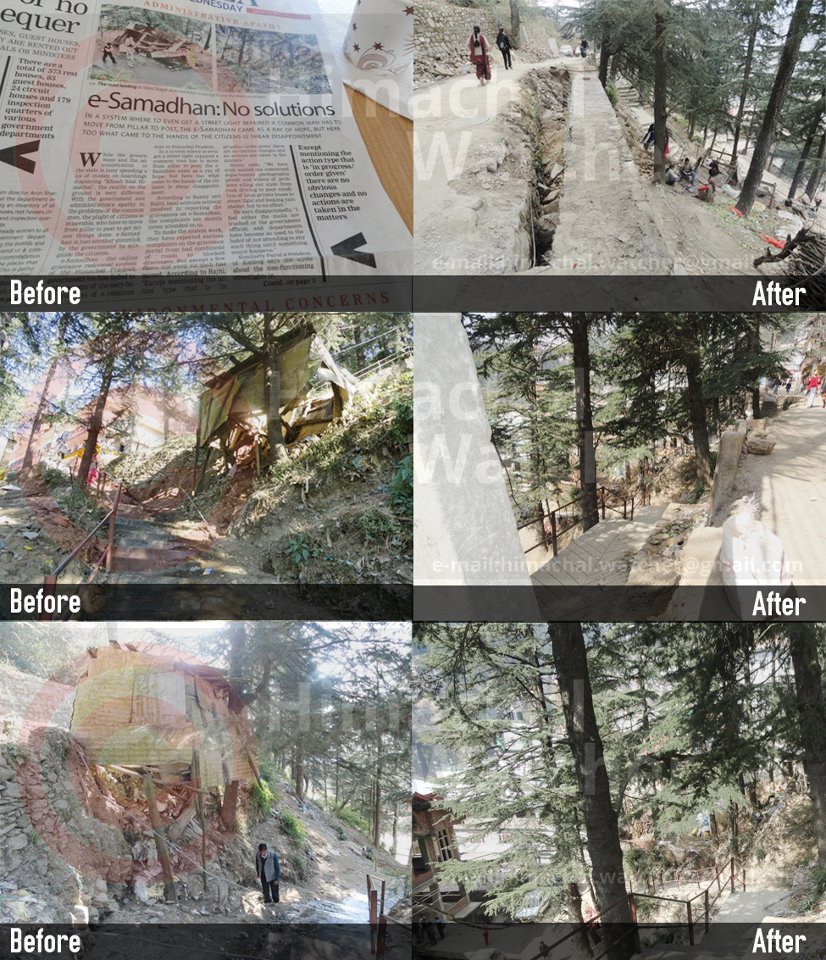 Kali Temple Progress (Before & After) 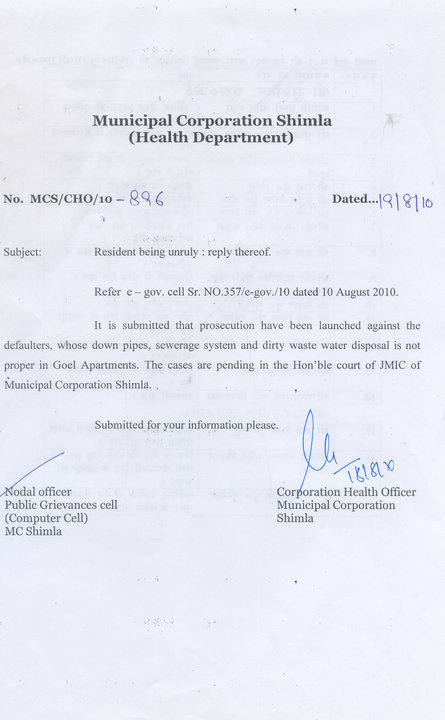 We all believe that our politicians do not work. The worst part is that we have accepted this fact.

We don’t ask questions and that’s why our [official/government] websites do not work. Email ids of politicians, ministers do not work.

They gave us eSamadhan – we should use it. ‘We’ means the educated youth of this country because one does not expect an agriculturist or a labourer to lodge an online complaint.

eSamadhan is no doubt a great initiative by the Government and it is a an effective way to convey the message to the concerned government department.

eSamadhan definitely is useful and therefore,  more and more people should get involved. If we keep knocking at the door, they will at least look behind the door, if not open it. And if a lot of people are knocking, they have to open it eventually.

I would say if we all put our little efforts, the officials will feel pressurized and start taking all the matters seriously. Each one of us is obliged to pay back to the society, why not use this platform and raise our voice rather than sitting back and waste our energy in criticism.

Facebook and eSamadhan can bring about revolutionary changes to our surroundings.

eSamadhan and Facebook both contribute getting the issues resolved. As far as eSamadhan is concerned, it is a great platform that helps masses communicate directly to the government officials, no matter how senior they are.

It helps bring the issues to the attention of the government officials and concerned authorities.

While on the other hand, Facebook is a great social networking site that makes masses aware of the issues concerning the society.

Both the Facebook and eSamdhan play their own roles. We need to understand that social networking is just not about cracking silly jokes, or discussing celebrity child names, or abusing our politicians because if that happens, they have all the reasons to censor the web.

“We just need to make optimum use of the technology we are blessed with. You never know, your small contribution might bring about a great change.“

Himachal Watcher is doing his work silently, honestly, and passionately because he knows actions speak louder than words. We wish him luck.