Shimla: Public investment of Rs 1877.69 crore in 25 state public sectors undertakings till 31 March, 2011 had already clocked accumulated losses of Rs 1666 crores, eroding the share capital in most of the government companies while continuing to support a total of 43,165 employees. 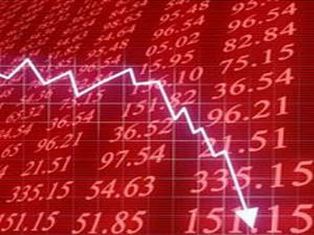 With some of the government companies working at cross roads and often competing with each other for businesses and government contracts, the Vidhan Sabha public undertaking committee has even recommended closing down HP Agro-Industries Corp where losses have crossed Rs 77.80 crores.

Public exchequer investment worth Rs 16.75 crore is all eroded and a outstanding salary bill of over Rs 3.24 crore for 105 employees has not been paid for months.

Horticulture minister Narinder Bragta in response to a question in by Roop Singh during the current budget session let the house know that the corporation being a commercial organization has to discharge its statutory liability.

Topping the list is HP State Electricity Board which has Rs 894.15 crore losses on its books and has 25,589 employees on its rolls, a report of the public sector undertaking tabled in the Vidhan Sabha showed.

With the hill solely dependent on road transport for movement of men and materials, public transporter HP Transport Corp sustainability is solely dependent upon government largesse as it has accumulated losses of Rs 572.79 crore and has to meet a salary bill for 8,486 employees that operate the service.

HP Tourism Corp (HPTDC), another large employer with 1733 people on its rolls had accumulated losses of Rs 16.94 crore and HP Milk Producers Federation had losses of Rs 198.39 crore on its books

Since these companies were floated with some of them coming into being when Himachal achieved statehood, only 7 of them have shown a cumulative profit of Rs 175 crore till March 2011.

Of this profit, HP Housing and Urban Development Authority (HIMUDA) has an cumulative profit of Rs 127.66 crore since it was founded.

Of the 25 companies, ten of them which includes statutory ones like Backward Classes Finance & Development Corp, HPTDC and HIMUDA had turned in a profit in the last financial year.