New Delhi: It was peace after war between ruling and opposition MPs today with both sides agreeing that the issues raised by army chief V.K. Singh in a letter to the prime minister should not become a matter of public debate.

After two adjournments before 12 noon on Gen. Singh’s letter to Prime Minister Manmohan Singh highlighting the shortage of arms and ammunition in the force, Defence Minister A.K. Antony clarified in the Rajya Sabha that the government was committed to strengthening the armed forces and the procurement process was under strict monitoring.

Political opinion on the fate of the army chief however remained divided, with parties like JD-U and SP demanding he be sacked, while the BJP made clear it did not support the demand. 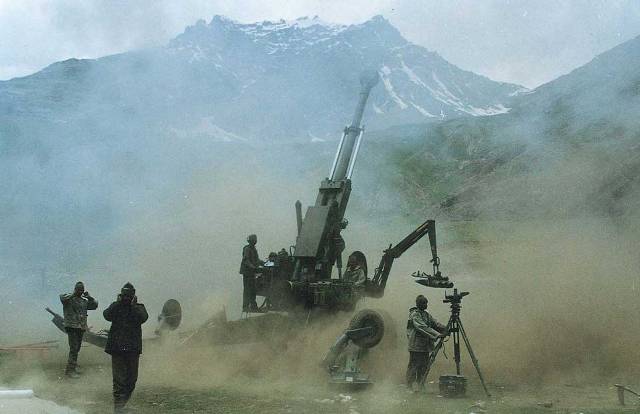 “These issues cannot be an issue of public debate… publishing the contents of secret communication cannot serve our national security,” Antony told the upper house which reassembled after two adjournments at 12 noon shortly after a meeting with Prime Minister Manmohan Singh, Home Minister P. Chidambaram and Finance Minister Pranab Mukherjee.

Opposition MPs agreed that the issue should not have come out in the open.

The minister said successive governments attached priority to defence preparedness and that the government was committed to providing the best equipment to the forces.

“I can assure this nation it is our intention to keep it (armed forces) strong. Government will do everything necessary to ensure that our defence forces are provided and trained to make them best fighting forces in the world,” he said.

Singh, in a letter to Manmohan Singh, has pointed out a shortage of arms and ammunition in the armed forces and raised questions if the country was ready for a war.

According to reports, the letter, written March 12, states that army tanks have run out of ammunition. The letter emphasises the need to bridge the shortcomings and bring the army to fighting level.

Agreeing that the issue should not be raised publicly, Bharatiya Janata Party (BJP) leader Arun Jaitley asked for assurance on the “integrity” of the procurement process.

“While I agree we will all have to exercise utmost restraint and not make it issue of public debate… across the media, too many pieces of information which disturb us are coming with regard on procurement process,” Jaitley said.

The defence minister also assured the members that procurement process was amended time to time and strong action was taken if any violation was found.

The minister expressed happiness that the opposition and government were united on the issue of national security.

“I am very very happy to hear observations of the opposition leader and other leaders of the house… whatever be our difference, when it comes to national security we are one,” Antony said.

Opinion was, however, divided on the future of the army chief.

Janata Dal-United leader Shivanand Tiwari was the first to demand his sacking.

“This is a matter of serious indiscipline, the army chief should be sacked… if we don’t take an action, it can become a bad tradition,” said Tiwari.

Echoing him, Samajwadi Party leader Ramgopal Yadav told reporters outside parliament that “responsibility should be fixed and strict action should be taken. If Gen Singh is responsible, he must be sacked and jailed”.

The main opposition Bharatiya Janata Party took a slightly different view. Asked about the stand taken by ally JD-U, BJP spokesperson Ravishankar Prasad said: “We do not share the view.”

Yechury said “examine into the leak, fix responsibility and punish whosoever is responsible,” taking no clear position on the demand for removing the army chief.

While the Rajya Sabha saw two adjournments, the Lok Sabha was adjourned twice but over the issue of statehood to Telangana.