Panaji : Goa may now come to be known more for cheap petrol than the local drink feni.

The new Bharatiya Janata Party (BJP) government in Goa is certainly kicked after Chief Minister Manohar Parrikar’s novel budgetary proposal to virtually abolish value added tax (VAT) on petrol and slash prices by as much as Rs.11. The decision will come into effect from April 2.

Party general secretary Wilfred Misquita said the party was confident that Parrikar’s “revolutionary” budgetary provision would trigger a viral effect across the country. 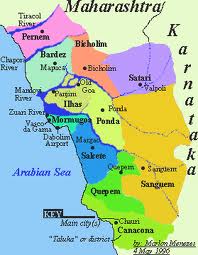 “This is a revolutionary move. Now that Goa has done it, people in other states will and should demand that the prices of petrol be reduced there,” Misquita said.

In a state known to otherwise fire up on its feni – an alcohol distilled traditionally from fermented cashew apples that is sought after across the country – Goa’s petrol ‘price management system’ appears to be this week’s hottest contemporary export.

He said: “The central government had already reduced the customs duty…the share of the state governments is far bigger as far as money generated from petroleum products is concerned.”

Another provision in the Goa budget to freeze the prices of liquefied petroleum gas (LPG) for the next five years at the current price for families with an annual income below Rs.3 lakh has also caught the imagination of Maharashtra’s ruling setup.

In Rajasthan, Chief Minister Ashok Gehlot has reduced VAT on petrol from 28 percent to 26 percent.

According to media reports, the Congress party in Maharashtra has also asked Chief Minister Prithviraj Chavan to abolish VAT on domestic LPG sale in the state.

“We expect that like the petrol price management success, the LPG move in our budget will also click with the people in other states, who will want their governments to emulate it,” Misquita said.

While the petrol price will go down by Rs.11, the average Goan’s dream to buy petrol at Rs.55 a litre – the current price of fuel in Goa is Rs.66 approximately – remains clouded. For, the possibility of a price hike looms after a meeting of public sector undertaking-operated petroleum company heads scheduled for Delhi March 31.

“Basically, as a layman who travels on a bike, I would want petrol prices to be less. As less as possible,” says Engelbert D’Mello, a financial consultant who drives a motorbike to work.
IANS