Bangalore : Global technology, consulting and finance firms vied to grab the best of the breed from the reputed Indian Institute of Management-Bangalore (IIM-B) business school, with over 400 job offers for the around 370 students.

“We saw a strong demand for our students this year despite the bleak economic scenario. The diversity and seniority of roles offered were better than last year due to their rich work experience,” B-school placement committee member Merben Jayakaran said here.

“There were 423 job offers, including 41 with international postings for the outgoing batch of 371 PGP (post-graduate programme) students though eight of them opted of the placement process to become entrepreneurs,” said P.D. Jose, the institute’s career development services chairman.

Of the 120 offers from top 11 recruiters, IBM snapped up 17 and Supermax 16, while Accenture, Airtel, BCG, Deloitte and ICICI hired 12 each. A.T. Kearney and Airtel grabbed nine each and McKinsey eight, Lodha group seven and Flipkart six.

Similarly, 124 lateral offers were made for students with more than 22 months of work experience and 93 pre-placement offers to the batch, which is the largest in the institute’s history till date.

“Consulting and finance were the sectors of choice for 180 students. Swiss Investment Bank UBS, which recruited only from our school, offered equities derivatives trading profile based out of Hong Kong. Private equity major — the Blackstone Group (London) and consulting giant Arthur D Little (Dubai) also recruited from this school,” said Jose.

Duferco group offered its coveted metal trading profile at Lugano in Switzerland. It was the only such offer made across the state-funded B-schools. Capital One hired two students for their Dallas office in the US. 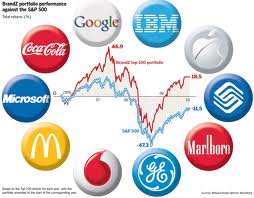 “Hyundai Motors recruited for its global leadership programme at its headquarters in Seoul. As part of its leadership recruitment programme, Hyundai visited one campus each among the BRIC (Brazil, Russia, Indian & China) countries,” Jose said.

Indian IT bellwether Infosys Ltd hired students for client-services roles with postings in Europe and the US.

“A Trilogy group company offered ideation lead roles based out of Dubai exclusively for our B-school grads,” Jayakaran noted.

“It is rewarding to hire from IIM-B school as the talent is promising and just what we require. Besides five pre-placement offers to all our five summer interns, we have hired four students with professional and academic excellence,” Kearney India partner Vikas Kaushal said .

The four-decade-old B-school offers a range of post-graduate and doctoral courses and executive education programmes. Its centres of excellence are engaged in adding value in the areas of public policy, capital markets and financial management, corporate governance and entrepreneurship.
IANS