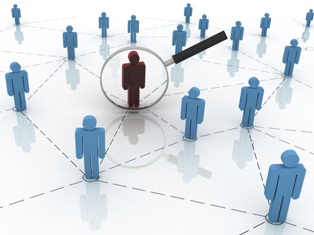 Dehradun : The Congress is four short of the magic figure of 36 in Uttarakhand which has a House of 70 and is now resorting to all tactics, including hobnobbing with the BSP, UKD-P and the independents to reach the tally, so that it can form the government in the state.

But if Congress sources are to be believed, it is Harish Rawat, who is being mooted as the front runner amongst the potential chief ministerial candidates, who is responsible for the loss of three assembly segments.

To ensure his having the right number for being elected as leader of the Congress legislature party, winning candidates were denied tickets to pave way for his loyalists.

While this happened in at least three assembly segments, in quite a few others wrong selection of candidates at the whims and fantasies of the state leaders, including the party incharge Ch. Virender Singh became the party undoing.

The reason for the wrong selection was that the state party leadership was so sure of winning the state, that they figured that anyone and anyone who contested on the Congress ticket would win.

It was reportedly at the behest of Harish Rawat that ticket was denied to Harish Chandra Durgapal from Lal Kuan assembly segment in Nainital district. He contested as a party rebel and won while the official party candidate, Harendra Singh finished a poor third.

Likewise Mantri Prasad Naithani was denied the ticket from Devprayag, and he got the better of Shhorvir Singh Sajwan who finished fourth.

Then from Tehri Dinesh Bhayani was denied the ticket, who won as rebel. They are said to be loyalists of Satpal Maharaj, who is also a chief ministerial candidate.

It is not only here, in the Dehra Dun Cantt seat, a weak candidate was put up against the Speaker, Harbans Kapoor (BJP), who won for a record seventh successive time.

Likewise Hira Singh Bist was demanding a ticket from Raipur, but he was told to contest from Doiwala, where he finished a poor second as two Cong rebels polled over 19000 votes amongst themselves, which split the committed Congress votes.

Meanwhile both the Congress and BJP central leadership is claiming that they have the required numbers to form the government in the state. However, it appears that the Congress has an edge as the BSP and the UKD-P are likely to go with it which takes it to the important tally of 36.

Besides at least one of the three independents may also go with the party. But it is going to be a tight rope walk for whichever party forms the government in the state.

Unless either the BJP or the Congress brings atleast two of the three BSP MLAs and the lone UKD-P legislator into its fold, they will always be blackmailed and threatened with withdrawing support.

It could end up with having a dangerous ally as the Congress is having in the Trinamool Congress at the centre and Mamta Bannerjee having her pound of flesh repeatedly.