“We must avoid political disruptions that create volatilities in global energy markets and affect trade flows,” Prime Minister Manmohan Singh told the leaders of the four other BRICS nations – Brazil, Russia, China and South Africa – at the plenary session of the summit. 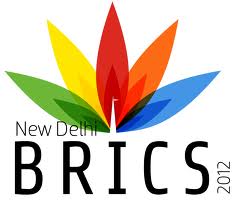 Presidents Dilma Roussef of Brazil, Hu Jintao of China, Jacob Zuma of South Africa and Dmitry Medvedev of Russia are attending the summit along with the Indian prime minister at the Taj Palace hotel. The theme of the summit is “BRICS Partnership for Global Stability, Security and Prosperity”.

Manmohan Singh said the leaders in their restricted session discussed “the ongoing turmoil in West Asia and agreed to work together for a peaceful resolution of the crisis”.

He said all were affected by the global economic slowdown and the volatility in food and energy prices, adding “the political uncertainty in West Asia and the rise of terrorism and extremism” were major challenges.

“Our responses to these challenges may be different, but there is much common interest that binds us together.”

The prime minister and the leaders also discussed th setting up of an investment bank, known as the “South-South Bank” that would fund infrastructure and development in the bloc.

“We have agreed to examine in greater detail a proposal to set up a BRICS-led South-South Development Bank, funded and managed by BRICS and other developing countries,” the prime minister said.

The five emerging economies together make up for over 40 percent of the world’s population.

The prime minister said the global situation presented a mixed picture. “On the one hand, emerging market economies are growing at a healthy pace…on the other, many obstacles have to be overcome if we are to sustain rapid growth in the years ahead.”
IANS