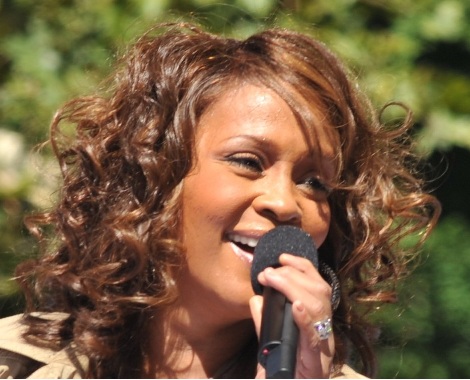 Los Angeles : Iconic American singer Whitney Houston has died at the age of 48, her publicist said.

The cause of her death was not immediately known. Six police cars were spotted in front of the Beverly Hilton hotel, where Houston was staying, the ABC News reported.

TMZ reports that paramedics were called there Saturday afternoon and found Houston unresponsive in her hotel room. According to TMZ, paramedics’ attempts at CPR failed and Houston was pronounced dead at 3.55 p.m.

She was last seen publicly Thursday, when she appeared disheveled and disoriented in front of a Hollywood nightclub.

Houston returned to rehab in May of last year seeking treatment for drug and alcohol dependence. “Whitney voluntarily entered the program to support her long-standing recovery process,” her publicist said at the time.

Whitney Houston was an award-winning singer, actress, producer and a former model.

She was the most awarded female artist of all time, garnering a total of 415 awards during her lifetime, according to Guiness World Records.

She is also one of the best-selling music artists in the world, having sold more than 170 million albums and singles before her death.

At her peak in the 1990s, Houston was a force to be reckoned with in the music industry. Her greatest hits included “I Wanna Dance With Somebody,” “How Will I Know,” and “I Will Always Love You.”

The six-time Grammy winner staged a comeback in 2009, but was dogged by rumors that she was using drugs again.

In August 2009, Houston released “I Look to You,” her first studio album in seven years. It sold 304,000 copies in its first seven days on the market, according to ABC News. In 2010, Houston launched her “Nothing but Love” world tour.
IANS