An MBBS Doctor from Orissa left her lucrative job in 1985 and decided to work in the villages of Kangra Valley in Himachal Pradesh, I was not even born then. Seven years later an occupational physiotherapist joined her who just wanted to spend some time in any NGO because he was going abroad permanently. He never left those villages. A Political Science graduate from Lady Shri Ram College also works there and provides the creative edge. Villagers, especially women walk and work confidently, some of them speak fluent English and all of them know the importance of education in their lives. This is a scene inside the Chinmaya Organization for Rural Development (CORD)Center in Dharamshala, located just next to the Himachal Vidhansabha Bhavan in Sidhbari Village.

Kshama Metre, popularly known as Doctor Didi is the National Director of CORD and she does not believe in charity at all. She chose rural development and not charity as her modus operandi. She is assisted by men and women from almost every part of the world.

A purview of the Journey of Doctor Didi and her rural development programme.

Like every other young student, I had questions in my mind, questions about meaning of love, purpose of life, family, and everything else that a young lady can think of when she is about to graduate from the college. We all were studying Western Philosophy and our answers too were inspired by it. Then I came in the spiritual contact of Swami Chinmayananda and he has guided me since then. Without the support of my father, late Sh. Waman Bapuji Metre (Padma Bhushan,1968) I would have remained just another doctor. Ours was an open family and my father always wanted us to stay happy and contended. My family never had any problem with my decision to work in a village in Himachal, they simply told me that if that makes you happy then you must do it. I was treated like a grown up adult and my family had faith in me. ‘Guruji’ asked me to work in the village and my internal voice said to me that you should go and I came to this beautiful place.

Back in 1985 Himachal Pradesh was a village as a whole and the area where I decided to work was inhabited by shepherds. Illiteracy, poverty, poor health conditions, drinking, and many other avoidable problems were a part of their lives. I used to walk miles in these villages and when they were told that I am a doctor, they used to wonder if I was crazy or a liar. I would sit with them, talk to them, tell them about simple ways to make their lives better. Initially, I faced a lot of challenges but with the blessings of my Guruji, I never had to look back or regret my decision of coming to these villages. Today when I look back, I feel blessed that the almighty gave me an opportunity to face those problems and made me a better human being.

We are working in more than 500 villages and we have centers in more than one state but the problems have not yet ceased to exist, they never will. We have people trying to revive the lost art of knitting and weaving, they have to compete against the machine made products. Then there is MNREGA, an unskilled worker is getting INR 130-140 and a skilled person is finding it difficult to earn same amount by doing more work. Why would one want to be skilled if his skills are not helping him financially? So the simple point I am making here is that we need to put in more efforts to make these villagers competent and enhance their skill set and that is not possible until we have professional people associated with us. The real challenge is not competition, neither it is MNREGA, the real challenge is to find people who are willing to work here with us, in the villagers, alongside the villagers. We talk about economic inequality when we see at the facts and figures issues by the government, to see and understand what it actually means, we need people right here in the field.

Despite very high literacy rate female foeticide is a major issue in Himachal Pradesh. Most of the parents have a desire to give birth to a boy, no matter how educated they are. This mentality must cease to exist and for that women have to step up.

An Insight into COD Projects

Our mission is integrated and sustainable development for the rural India. If the real India lives in the villages then the real work has to be done in the villages itself. “We believe in empowerment and not charity. Our major aim is to make people aware of their rights and duties. CORD projects are an endeavour to provide the basic health services to remote villages. The project covers more than 550 villages in the Kangra District. The programme annually reaches approximately more than 20,000 people directly and more than 15,00,000 of them indirectly, The overall aim of the project is to initiate the empowerment process for women in the Project area through comprehensive development. We promote knitting, sewing, weaving, and other handicraft activities. We help people raise funds for their marriages, functions, repair-works etc. through the micro financing system. We help them understand the importance of Panchayati Raj system so that they know about their rights and duties. 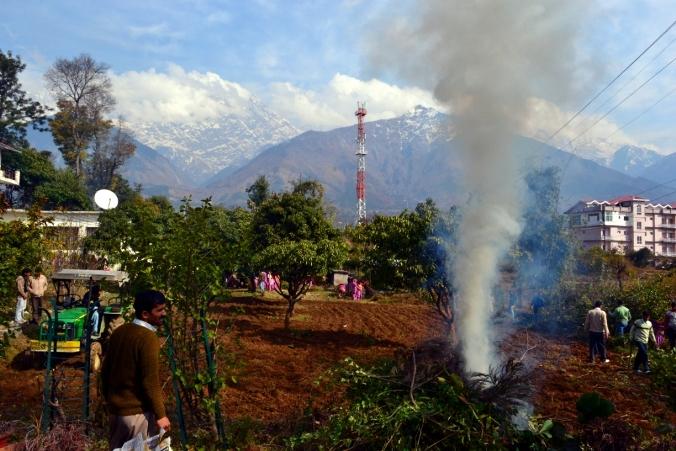 We emphasize on agriculture based activities because if we stop growing crops, we surely will starve one day. We, all of us including myself, work in the field with the mud, soil, and water. We love working in the fields because our culture is all about preserving the mother Earth and the best way to preserve it is to cultivate it. People do not want to work in the field and they are ready to do petty jobs in cities but not do their own work. We try to educate them and motivate them to work in their own fields respectfully. Some of them agree, some do not. It is a long process and we are hopeful as always.

The CORD team is a dynamic group comprising of farmers, fashion designers, doctors, volunteers from corporate sector, and everyone else who is supporting us in any way. We have Narender Paul, our Senior Programme manager who was destined to be with us. He studied in Delhi and was about to go to UK when he first came here. It is his tenth year with CORD. Recently Nimisha has joined us from Vodafone under the Vodafone World of Difference Programme and she is loving it here. We have foreigners who keep coming here every now and then and help us according to their capacity. We feel happy when people from cities work with us, embrace the Indian way of living.

I met Kusum Didi and her way of life inspired me greatly. She has traveled from Kashi to Rameshwaram, on foot. She is 58 years old, looks not more than 38, never married, and loves Gangaji. She left her export business just to see the real India and give back to the society.

Self Service and discipline are two integral aspects of life at CORD. Morning prayers energize you for the work and evening prayers help you introspect. ’Namaste’ and ‘Hari Om’ have subtly replaced ‘Hi’ and ‘Hello’. There is a different world inside the gates of CORD Sidhbari because the real India lives there. CORD is planning to construct an extension building which will cost them INR 4 Crore. They have purchased the land and now they need money and people who can help them to erect a 3 storey building, which will serve as an experiential learning center.

The authorities somehow forgot to maintain the road leading to the CORD center because for them the real India lies inside the assembly houses and ambassador cars, don’t be surprised to see bad road just outside the Vidhansabha Bhawan premises. Ironical is the fact that every minister and MLA who is not blind can see the road leading to the CORD center but unfortunately they couldn’t do anything about it.

A Civil Engineering graduate from NIT Hamirpur, Tarun has worked in the hydro power and IT sectors in the past. He loves writing and sharing the positive stories floating around in the society, which usually go unnoticed.

For over 2 years, Tarun wandered around the passes, mountain peaks, dangerous roads, and remote villages in the Indian state of Himachal Pradesh on his motorcycle.