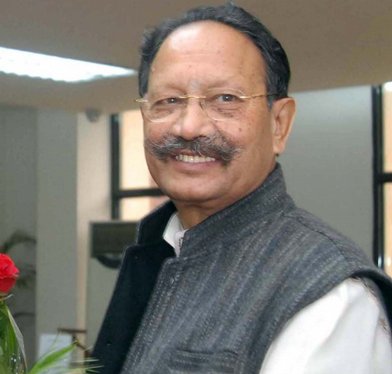 Dehradun : While the BJP tried to encash the clean image of B C Khanduri in the recently held vidhan sabha elections in Uttarakhand, by making him its poster boy and coining the slogan â€˜Khanduri hai jarooriâ€™, the chief minister finds himself on a sticky situation in the Kotdwara assembly segment from where he contested.

The state BJP is agog with reports that the elections of Khanduri were badly sabotaged by party men itself, to the extent that the chief minister may find it hard to even scrape through. There is even talk that Khanduri could have chosen any seat in Dehradun , like Dharampur, where there was no sitting MLA of the party and would have romped home a winner.

To press their point home they claim that the sitting MLA from the Dharampur assembly segment, Dinesh Aggarwal has won twice regularly from the seat and as such a large section of the population is antagonised with him. Further the segment has a large Garhwali population which would have polarized against the Aggarwal and gone in favour of the chief minister.

Sources in the party on conditions of anonymity said that Khanduri made two mistakes in choosing Kotdwara as the assembly segment to contest from after his Dhumokot assembly segment ceased to exist following the delimitation. First it was a sitting MLA, S S Rawat who had to be denied a ticket, which would be resented and second, Rawat is said to belong to the former chief minister Ramesh Pokhriyal camp, which would only aggravate the problem.

And this is what is said to have happened. A fairly large number of the BJP rank and file in Kotdwara worked actively against the chief minister. Just two days before polling, pamphlets containing the alleged links of the chief minister and his family with one Umesh Aggarwal, a businessmen were circulated in the entire assembly segment to defame the chief minister.

If this was not all, another pamphlet highlighting certain acts of omission and commission, which perhaps were under wraps so far, were also highlighted and the pamphlets circulated. This not only gave the clean image of the chief minister a beating, but also further spoilt his position as to why was a â€œcorrupt personâ€ imposed on the electorate.

Party sources agreed that the damage had been done to the extent that the chief minister would be lucky even if he scrapes through the election with a razor thin majority. In fact, it will be embarrassing for the BJP that its poster boy, on whom they were banking to retain power in the state, could not even win from his own assembly segment.