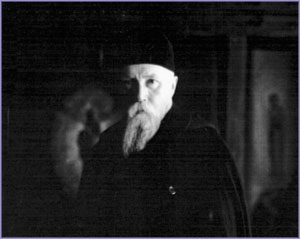 Shimla: In a new twist to the controversies shrouding Russian painter and philosopher Nicholas Roerich’s multi-crore estate in Himachal Pradesh’s Kullu district, a trust official, accused of irregularities and mismanagement is illegally visiting the area, a trustee says.

The work visa of Alena Adamkova, associated with the International Roerich Memorial Trust (IRMT) for almost a decade and curator-cum-executive director of the Roerich Museum, was extended despite objections from the trust’s Indian members, who said she was allegedly involved in financial irregularities.

“The (Indian) trustees, who are her employers, were not in favour of granting work visa again to her. Chief Secretary Rajwant Sandhu, who is also a member of the trust, wrote to the foreign secretary not to renew Admakova’s work visa that expired in January,” a trustee said.

“But before the secretary took note of it, Adamkova got it for a year,” the trustee said.

The visa, however, had a rider that she couldn’t visit Kullu, said officials. But she arrived there Feb 21.

“She came here for registration in FRO (foreigners’ registration office) a few days ago but we refused to register her name as we found violations in visa norms,” said Kullu’s Superintendent of Police (SP) Ashok Kumar.

Another senior official said the state government, acting on the complaint of the members of the trust, has directed the local police to tell Adamkova leave Kullu as soon as possible.

“She is now being issued a notice in a day or two to leave Kullu town immediately,” the official, requesting anonymity, said.

Besides the Russian envoy, another foreign trustee is the director-general of Moscow-based International Roerich Centre.

The Roerich estate is located in Naggar, 25 km from Kullu town, where Roerich came in 1927 from St. Petersburg and made the tiny village his home for more than 20 years.

After settling down, he started a world movement to protect cultural monuments, later embodied in the International Roerich Pact signed in 1954 by more than 60 countries.

Roerich’s wife Helena, a famous writer, and sons Yuri, a prominent Oriental scholar, and Svyatoslav, a well-known painter, and Svyatoslav’s wife Devika Rani all stayed with him in Naggar.

His estate comprises the premises of the Indian-Russian Memorial Complex, the Gallery of N.K. Roerich, Helena Roerich Arts College and exhibition halls in the buildings of the Urusvati Himalayan Folk Art Museum.

The state government in February last year ordered a probe into allegations of financial irregularities and mismanagement in the Roerich trust.

“For the past 10 years, the trust has become an arena of squabbles. I have also tried to bring many issues to the notice of IRMT Vice President Alexander M. Kadakin, but unfortunately there has been no response,” Chandel claimed.

In October last year Chandel again wrote a letter to the chief secretary, alleging that the “store stocktaking or verification (of the Roerich Museum) has not taken place for the past 10 years”.

“We do not know as to what all is there in our inventory,” said Chandel, a former Indian Administrative Service (IAS) officer, who settled here, said.

“I was in Moscow in September and the Russians expressed apprehension that many things have disappeared from the IRMT.”