Ratnagiri (Maharashtra) : As the day breaks, scores of tiny heads of turtle hatchlings, with twinkling eyes, suddenly pop out of the golden sand beach, take a precautionary look around and breathe the fresh salty air of the Arabian Sea nearby.

And then, at top ‘turtle speed’, they embark on their mission – to the inviting cool sea waters, even as over a couple of thousand excited nature lovers and foreigners witness this miracle. 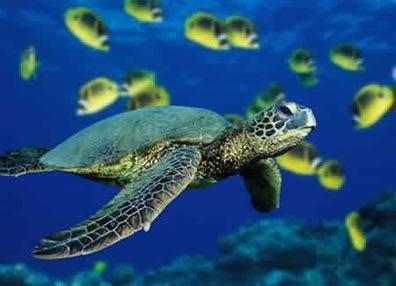 It is that time of the year again at the quiet but beautiful Velas beach in the Konkan region’s Ratnagiri district. Welcome to the annual Turtle Festival, which kicks off Feb 19. It will continue till the emergence of the tiny turtle hatchlings, mostly of the Olive Ridley species, which can grow to around 4 feet in length.

“It is the culmination of a lengthy process, which starts around November, when under the protective cover of darkness, weary female turtles emerge from the rolling sea waves to lay their clutches of around 120 eggs on the sandy beach here,” Bhau Katdare, head of the NGO, Sahyadri Nisarg Mitra (SNM), which organises the annual festival, said .

Oblivious to the world that awaits them, the tiny hatchlings march in scores and hundreds to the nearby horizon – the lashing sea waves – even as hordes of nature lovers and tourists marvel at the phenomenon.

This year, over 2,000 nature lovers, including many foreign tourists, shall converge for the annual Turtle Festival.

For the first time, the fest hosted by SNM has got the official participation of the forest deparment, the Velas Gram Panchayat and the Kasav Mitra Mandal, said Katdare.

“This year, erratic climatic conditions, including the late onset of winter, have made it difficult to predict the exact dates on which the turtle hatchlings will emerge from their eggs,” Katdare said.

Incidentally, this is the second festival in less than eight weeks in the picturesque coastal Konkan region. In the last week of December, the Kirat Trust held its first turtle festival at Vengurla beach in Sindhudurg district bordering Goa, around 425 km from Mumbai.

Considering the importance of sea turtles in the marine ecosystem, SNM undertook a mission to protect marine turtles and their eggs and has ensured the safe release of hatchlings in the past nine years.

“We have successfully implemented the project in 36 villages across the coast of Maharashtra, protecting 681 nests and releasing nearly 35,000 turtle hatchlings into the Arabian Sea,” a proud Katdare said.

This year, the forest department has provided financial and logistical support to the NGO, further strengthening the marine turtle conservation movement in the state and encouraging others like Kirat Trust to chip in with their efforts.

He said while the giant Sea Green Turtles, which can measure up to 13 feet in length, are rare in this area, the Olive Ridleys come in large numbers for the nesting season which got under way in November and will continue all of February and beyond, depending on the weather conditions.

The nature lovers and tourists who throng Velas shall be given reasonably priced simple accommodation at Rs.320 per head, including all meals and basic comforts in the homes of the villagers.

In between viewing the turtle hatchlings, the visitors can also go sightseeing in and around Velas, the birthplace of the historical figure Nana Phadnavis, a diplomat during the Peshwa regime of western Maharashtra in the 17th century whose monument is constructed in the village.

Besides, at Himmatgad near Bankot, there is the tomb of Mary Sophia and her infant daughter Ellen, the wife and daughter respectively of a British civil servant Arthur Malet. The duo, along with 13 others had drowned in a boat tragedy in the Savitri river and the tomb was built in memory of Malet’s wife and daughter.

Visitors, especially birdwatchers, can view hordes of migratory birds, and the breathtaking beauty of Kelshi and Harihareshwar beaches.

Velas and its picturesque surroundings have been popular locales where several Bollywood movies, including “Swades”, “Yudh”, “Gangaajal”, “Goonj Uthi Shehnai” and others have been shot.
IANS