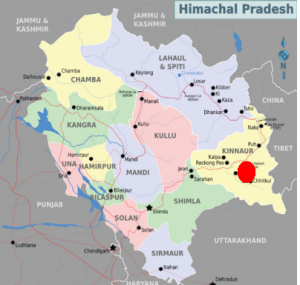 Shimla : Seventeen men were killed Tuesday and two injured when a lorry swerved off an icy mountain road and fell into a 200 feet deep gorge in Himachal Pradeshâ€™s tribal Kinnaur district , police said .

The incident took place around 1 P.M. near Spillo , some 250 km from here when a lorry full of labourers of the Border Roads Organisation (BRO) was returning after clearing a snow blocked road uphill on the Hindustan-Tibet highway said Veena Bharti , S.P.Kinnaur .

Most of the dead belong to Jharkhand and Bihar and the rest are locals . The two injured have been admitted in a hospital in Rekong Peo .

Kinnaur has been receiving snowfall since the last few days .