Shimla : The Indian Army Tuesday put a stop to campaigns to handover the historic Annandale ground in Shimla, which has been under its control for seven decades, saying the ground is of “strategic significance”. 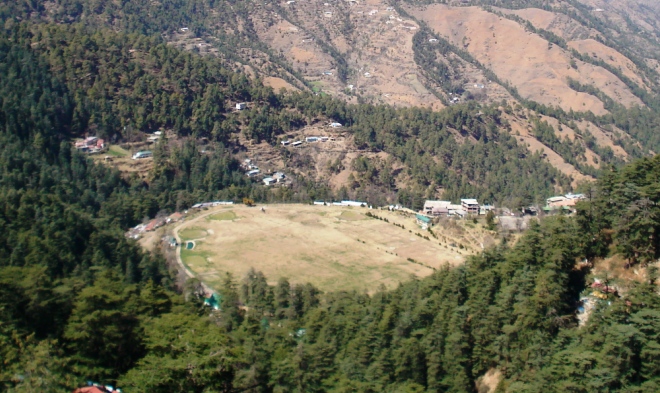 “For quite some time now, reports have appeared in the media on the issue of construction of a cricket stadium at Annandale. It’s of paramount strategic significance for the Indian Army from the national security perspective,” an army statement said here.

It said the strategic significance of Annandale as forward logistic and operational base for operations in the sector adjoining Himachal “is being overlooked in preference for a cricket stadium”.

The 121-bigha green patch, just 3 km from Shimla’s Ridge, has been a flashpoint between the state government and the army as the latter does not allow the ground for civilian use.

Three months back, the Himachal Pradesh Cricket Association (HPCA), headed by Anurag Thakur, a Bharatiya Janata Party (BJP) MP and the son of Chief Minister Prem Kumar Dhumal, started a signature campaign to get the ground vacated by the army.

Tracing the ground’s history, the army said: “A portion of Annandale was being used by the Durand Football Tournament Society instituted in 1888. This was taken over by the army during World War II to be used as training campâ€¦ is used for numerous military operational and logistic activities.”

“It would be prudent and will do well for all concerned to put a lid on the issue and let the serene and pristine environs of Annandale be left untouched for utilisation in the larger national interest as has been happening for almost three-fourths of a century now,” the statement said.

Contrary to the army’s assertions, the state maintains that “the ground was given to the army on lease and it had expired in 1982. The army should handover the land to the state”.

In the late 1990s when the state government had proposed to park the state helicopter at the Annandale ground, the army had raised objection. It later agreed to earmark a corner for the purpose.

The Annandale ground, in army’s possession since 1941, is also a popular golf course.

Dhumal said the army should vacate the ground as the government needed it for a sports complex.
IANS