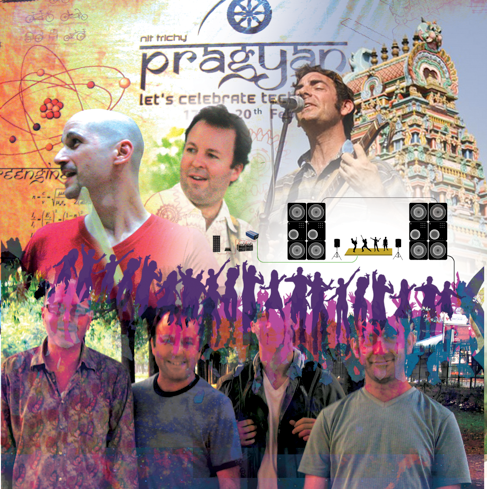 Srinagar: A solar-powered eco rock band from New York performed in Srinagar Saturday to create awareness about environment and ecology.

“We organised a unique event by ‘Solar Punch‘ to create awareness about environment and climate solutions through a music performance. Solar Punch is a solar-powered eco rock band from New York on a green mission to Kashmir,” said the organisers, India Youth Climate Network, about the performance at the local Amar Singh College where the students also joined the performers.

The organisers said there would also be a performance by the local Sufi rock band “Umeed – The Rhythmic Expectation” during the band’s current visit to Kashmir.

James Dean Conklin and Alan Bigelow, the founders of ‘Solar Punch’, told IANS: “Our original music is about the environment, ecology and social issues relevant to a sustainable lifestyle.

“We are in Jammu and Kashmir this November for a visit meeting individuals and groups involved in environmental education programmes and activism,” they said.

The founders said the rock band is highlighting water issues, food issues, air quality, and so on.

All the electric power requirements for the band’s performance were met by solar power generated by solar panels erected on a van accompanying the rock band.

The band is performing Sunday in the north Kashmir ski resort of Gulmarg.