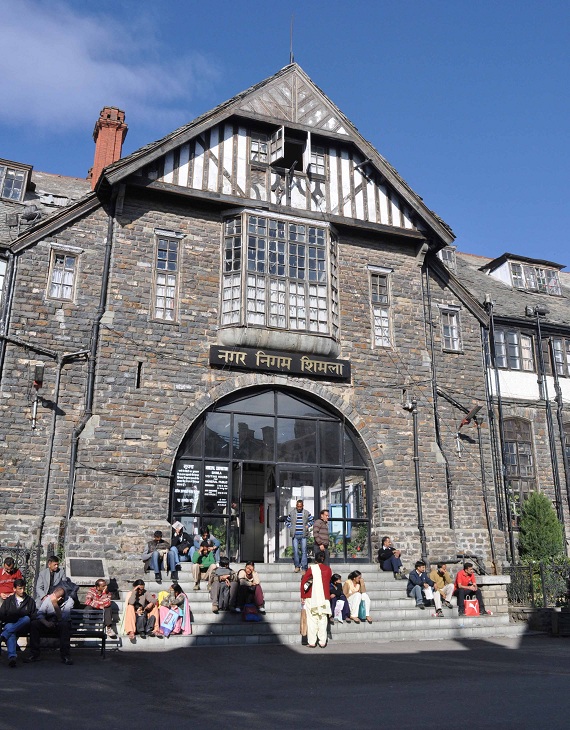 Shimla: Once upon a time it was a ‘British only’ street. And now Shimla’s famous Mall Road is set for a facelift as the asphalt road surface will be replaced with European cobbled stone patterns.

“A beautification plan with an expenditure of Rs.70 crore ($14 million) has been prepared to facelift the entire town in a phased manner. The main emphasis is on beautifying the Mall Road, the place frequented by a majority of tourists,” said Shimla Municipal Corporation Commissioner A.N. Sharma.

He said a committee headed by the state chief secretary has been constituted to work out the modalities for executing the project.

The plan aims to develop parks, parking slots, landscaping and to decongest the old town, besides introducing an eco-friendly transportation system.

According to the plan, the Mall Road, the town’s auto-free zone, would see landscaping, new railings, lampposts, repair of staircases, installation of signages and wrought iron benches and the setting up of rain-shelters.

“The entire asphalt road surface on the Mall Road will be replaced with European cobbled stone patterns,” another official said.

He said canopies and arcades in front of the shops and offices on the Mall Road would also be changed to give a distinctive look.
Some monuments and relics made by the British are still in existence but are in bad shape. Imperial hydrants, once used to extinguish fires and clean the Mall and the Ridge, have also been rendered useless.

Even stately emblems, which once adorned the majestic banisters along the buildings housing government offices, and letter boxes in cylindrical and pillar shapes have simply disappeared.

Octogenarian Bhiwani Singh, who settled in Shimla in the early 1950s, said: “The grand British-era buildings are slowly fading into oblivion. They should be restored on the pattern of the Gaiety Theatre.”

“Instead of beautification, the emphasis should be on restoration of the town,” he added.

The century-old civic centre of Shimla, comprising imperial buildings that were once institutions of power, is among four Indian historical monuments that have been included in the endangered list by the World Monuments Fund (WMF).

The list – 2010 World Monument Watch – comprising 93 monuments worldwide has been compiled by the WMF, a non-profit organisation working to identify and preserve the world’s endangered cultural landmarks.

“Shimla’s civic centre, stretching from the neo-Gothic Christ Church to the Telegraph Office, is a monument that shows the state’s apathy. Increased and unplanned development has caused considerable degradation to the town’s historic urban fabric,” according to a report posted on the WMF website.

Himachal Pradesh Chief Minister Prem Kumar Dhumal said that the state is known worldwide because of Shimla.“You go anywhere in the world, if you say I am from Himachal Pradesh nobody recognises you. If you say I am from Shimla, they immediately recognise you,” he said, adding: “The focus is now on beautifying Shimla to attract more globetrotters.”

Over 60 years after the British left, this Himalayan town still attracts their descendants who are eager to know their roots.

Himachal Pradesh, the economy of which is highly dependent on tourism, attracted 13,298,748 tourists, including 454,851 foreigners, last year.

Kullu-Manali has emerged as the favourite tourist destination, followed by Shimla and Dharamsala.