Srinagar: In a culture where party culture is looked down upon, social networking sites in this Himalayan region is not only helping people to connect but it has also become an alternate platform for holding celebrations, including religious ones.

Popular social networking sites are Facebook, Orkut and Twitter that are finding increased number of users with each passing day.

Basarat Hassan, a research scholar at Jawahar Lal Nehru University (JNU), New Delhi who could not make it home for Eid says, â€œI did not miss home on Eid this year as regular updates on Facebook by friends and relatives kept me busy and it was fun.â€

He adds, â€œOffering prayers in a mosque and back in the hostel was all what Eid used to till last year. The fun of celebrating with friends and family was not thereâ€ 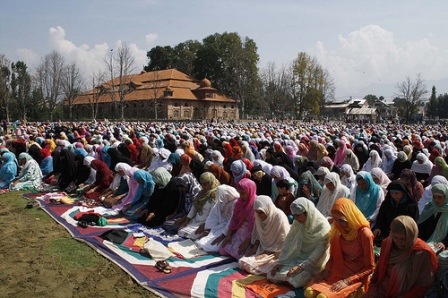 Interestingly, even the moon sighting was discussed and shared on the networks.

A simply query â€œCan anyone confirm, has moon sighted in Pakistanâ€ was quickly responded to by a volley of comments, some confirming, some declining.

Dependence on radio stations which were relied upon for sighting of moon has given way to social networks.

With Eid celebrated a day earlier in the Middle East countries before most parts of sub-continent, social networking sites users directly communicate with them.

Not just for sharing religious festive moments, the social networks are also helping personnel from police and army forces deployed in Kashmir with touching base at home regularly.

Sanjay Kumar, a CRPF head constable from Murshidabad, West Bengal says, â€œchatting on these sites helps me to remain connected with my girlfriend. Phone calls in comparison are very expensive.â€

With curtailing of SMS services on phones contributing to the popularity of networking sites, even mobile services providers had come up with a special month package in the valley.

Not on social network sites, Farhana Lateef, a law graduate from Kashmir University said, â€œthe Eid special SMS package offers were cheap and easy as I could not call everybody.â€

With uncertain internet connectivity conditions after all everybody cannot use social networking sites, he added.

Zahid Maqbool is a Srinagar based Freelance Journalist