Dharamshala: Ex-servicemen league of Himachal has drawn up plans to invite Anna Hazare for holding an anti-corruption rally in the state.

A former minister and president HP ex-servicemen league Vijay Singh Mankotia let Hill Post know that after holding a two day annual general meeting of the organization, three resolutions were adopted, which included sending out a team to Maharashtra for extending an invite to Anna for holding a rally at Dharamshala.

Endorsing the stand on Jan Lokpal Bill, Mankotia said the state body of ex-servicemen also intended to honour Anna, also an ex-serviceman, with Shan-e-Hind title for the fight against corruption he has been waging.

Our league supports the fight against corruption to expose corrupt politicians, bureaucrats and industrialists and work for good governance by ensuring accountability, he said.

The second resolution adopted by the league has condemned the statement of defense minister AK Antony saying that the UPA government could not concede the â€˜one rank, one payâ€™ demand of the ex-servicemen.

For 25 years the union government has been giving a firm commitment about implementing the demand, said Mankotia.
The matter will be discussed at a national conference of ex-servicemen to be held at Delhi on 25th and 26th November. 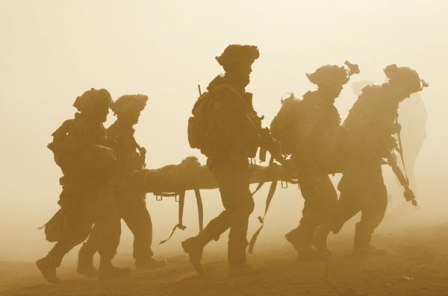 The third resolution has asked the state government to install the statues of Major Somnath Sharma, the first Parm Vir Chakra, Major Durga Mal and Captain Dal Bhadur at the Vidhan Sabha complex at Tapovan, Dharmshala.

Major Durga Mal and Captain Dal Bhadur were Gurkha members who were part of Netaji Subash Chandra Boseâ€™s Azad Hind Fauj and were hanged by the British rulers in 1945 and 1946.

All the three of these brave sons of India belong to an area that is within a five Kms from Tapovan, says Mankotia. There statues deserve to be part of Vidhan Sabha complex and we will be raising this demand with chief minister Prem Kumar Dhumal, he said.