Rekong Peo: It’s 8 in the morning and a group of women is ready to trudge miles of rugged, cold and inhospitable Himalayan terrain to spearhead a campaign — educating tribal women of Kinnaur about their rights to inherit ancestral property.

With traditional folk songs on their lips, the members of the Mahila Kalyan Parishad, a women’s rights group based in the district, go from village to village to create a mass movement against the patriarchal laws that bar them from inheriting property.

“We are daily visiting one village where the women – old and young – have been motivated to stand up and raise their voice against the laws that deprive them from inheriting property,” 59-year-old social activist Rattan Manjari, chairperson of the Mahila Kalyan Parishad said.

She said a signature campaign has been launched in the district, demanding amendment to the customary laws. 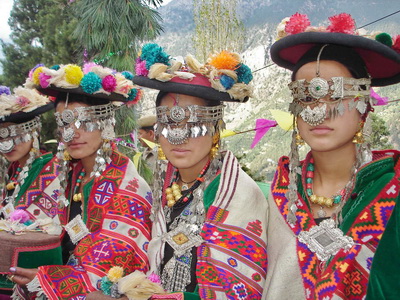 The tribal laws, prevalent only in Kinnaur, do not give women the right to inherit the property of their parents or husband. Only men have the right to inherit ancestral property. Even the wife has no right on her husband’s assets, which are directly transferred to the sons.

“If parents will ancestral property to their girl child, then she would be entitled for its claim. But if the parents don’t do it, then she can’t claim the property even legally,” Manjari said.

She said sensitisation drives have been held in the Pooh and Nichar blocks and now it’s on in Kalpa block.

Another social activist, Reeta Bhaguna, said the women groups and members of the panchayats based in the Pooh and Nichar blocks are busy in the signature campaign.

The Mahila Kalyan Parishad aims to cover all the 77 revenue villages and tiny helmets.

Bhaguna said sometimes they have to trudge 10 to 20 km to reach a village. There are 15 to 20 isolated hamlets in the district with approximately 1,000 residents where it takes a full day to reach on foot.

“Sometimes we spend a chilly night at the village,” she added.

Manjari, who launched a campaign with a handful of dedicated peers more than a decade ago, said lack of literacy in the district interiors is hampering empowering of women.

Now, her Mahila Kalyan Parishad has the support of 130 Mahila Mandals.

“Before forcing the government to change or amend the laws, we have to change the mindset of women. The condition of widows deserted and spinsters is very deplorable. They are simply at the mercy of their families. Most of them have been abandoned,” she said.

“Of course, opposition from men is obvious. But some of them are supporting the cause also,” she adds.

However, Manjari, a prominent apple grower from the picturesque Ribba village, some 250 km from state capital Shimla, is an exceptional case. Her mother bequeathed to her the entire agricultural land despite Manjari having a brother.

“If this is possible in my case, why is it not possible in the case of other women?” she asked.

She said a draft demanding amendments to prevailing laws would be prepared once the sensitisation and signature drives are over.

“The draft after getting nod from all the 65 panchayats would be sent to Governor Urmila Singh and President Pratibha Patil for necessary amendments,” Manjari said.

Urmila Singh, who was apprised about the laws by the Mahila Kalyan Parishad members, lent support to their cause.