Rampur (Himachal Pradesh): Once a centre of barter trade with Tibet, the 400-year-old Lavi Fair here has undergone a sea change, with rural people’s changing lifestyles and aspirations resulting in greater sale of gadgets and automobiles than farm implements, livestock and dry fruits.

The fair dates back to the time when Raja Kehari Singh of Rampur Bushahr state signed a treaty to promote trade with Tibet. Rampur, 120 km from Shimla, was once a major trade centre as it is located on the old silk route connecting Afghanistan, Tibet and Ladakh in Jammu and Kashmir.

The fair, which was inaugurated by Governor Urmila Singh, concludes Monday.

Negi, who was trading dry fruits and species grown in his orchards in Kinnaur district, said over the years the buyers for dry fruits have reduced drastically. “From next year, we are not likely to participate in the fair.”

Another trader, Naresh Thakur, said Rampur was a centre of barter trade before the 1962 India-China war. 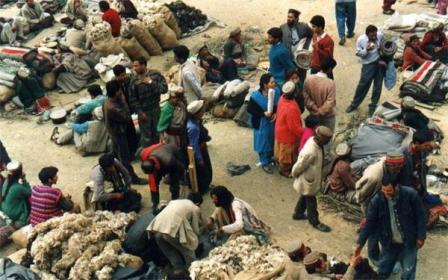 “The traders from across the border have stopped coming. Multinational companies come every year to sell electronic goods, modern gadgets and even luxury sedans,” Thakur said.

A three-day horse trade-cum-exhibition was organised before the beginning of the Lavi Fair. 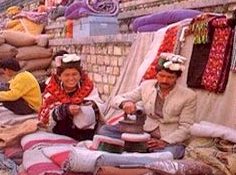 The main attraction during the attraction every year is the sale and purchase of Chamurthi horses – an endangered species known as ‘ship of the cold desert’. Being a surefooted animal, it’s mainly used for transporting goods in the Himalayas.

“Over 70 Chamurthi horses were sold this year and these were mainly purchased by the farmers of Uttarakhand,” animal husbandry department assistant director Ramesh Gupta said.

The Chamurthi horse traces its origin to the Tibet region. In India, it’s bred in the villages of Himachal Pradesh bordering China.

According to the 2007 livestock census, there are around 1,300 Chamurthi horses in Kinnaur and Lahaul and Spiti districts in the state.

Gupta said 300 horses of various strains were traded but all the Chamurthi horses were traded on the first day of the exhibition.

Shimla Deputy Commissioner Onkar Sharma, who is chairman of the Lavi Fair Organising Committee, said the fair which concludes Monday, saw business worth crores of rupees.

“As usual, four-wheelers and electronic goods were much in demand,” he added.

The fair even had several folk singers from Punjab and Himachal Pradesh performing during cultural programmes.