Dharamsala: The excavation of a site in Jammu and Kashmir that is believed to be linked with an ancient Buddhist monastery has attracted the attention of Tibetan spiritual leader the Dalai Lama.

His private office based in this Himachal Pradesh town today said he will visit Ambran, located along the banks of Chenab river in Akhnoor area, some 30 km from Jammu on Wednesday. 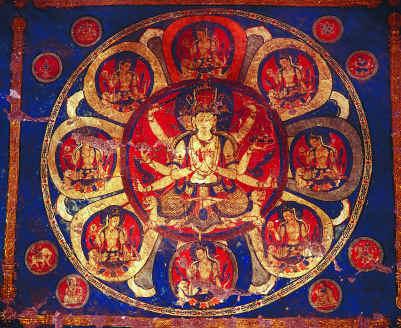 “His Holiness will visit Ambran for a day to see the relics discovered there. He will later deliver a public talk,” Tenzin Taklha, joint secretary at the Dalai Lama’s office said.

Before reaching Ambran, the Nobel laureate will open a photo exhibition in Jammu town by Akshat and Vijay Kranti, a father-son duo from Delhi, on the ongoing excavation and relics discovered there.

Ambran is the latest finding of the Archaeological Survey of India (ASI). It’s believed that the site is most probably a Buddhist monastery that was active for about 900 years between the second century BC and seventh century AD, a period belonging to the pre-Kushan, Kushan, and post-Kushan Gupta eras.

The most significant findings for the site include stupas, a mound-like structure containing Buddhist relics, made of high quality baked bricks and surrounded by stone pathways, meditation cells and rooms.

A three-layer casket set of copper, silver and gold containing bone relics and ornaments is another major highlight of the findings.