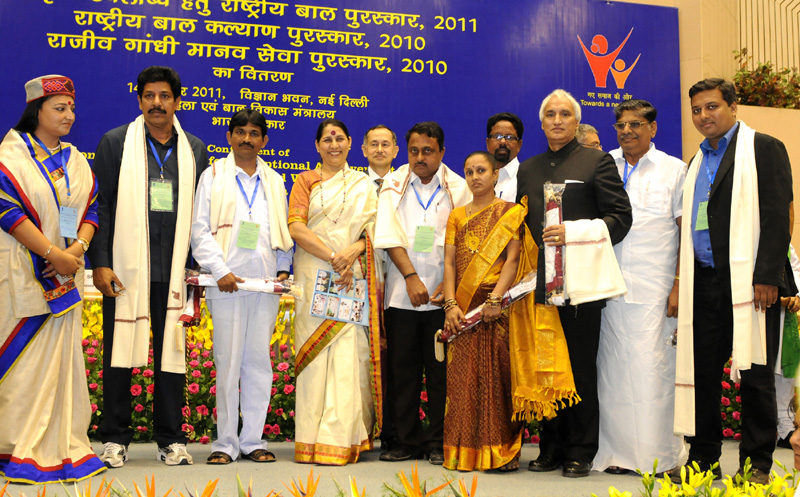 Nadda, who founded the NGO Chetna, was presented the Rajiv Gandhi Manav Sewa Award 2010 by union Minister of State for Women and Child Development Krishna Tirath at a national-level function held in New Delhi.

She was presented a citation and Rs.100,000 cash award for her services to differently-abled children in Bilaspur district of Himachal Pradesh, including providing them education, speech therapy and vocational training.

Her NGO started community-based rehabilitation programmes initially in 10 panchayats in Bilaspur which has now been extended to all 151 panchayats in the district, the statement added.

Special children trained by Chetna have excelled in international events.