Shimla : Winter has set in the mid hills of Himachal Pradesh during the past few days including the popular tourist destinations of Shimla and Manali.

Even though the days are bright and sunny , the mercury plunges immediately at sun set and people have to reach out for their woollens. 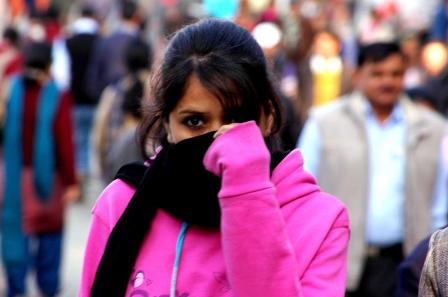 Some are saying winter has set in a week or so early but old timers say this is the usual time for the cold season .

The chill though is yet to be felt in the lower hills of the state which much like the plains of northern India is still a few weeks away from the full winter fury .

Shimla on Sunday recorded a maximum of 17.8 C and a minimum of 9 C . In Manali another popular tourist destination it was 16 .8 C while the minimum fell to 3.2 C several notches below normal .

The higher reaches of Kullu and Lahaul including the Rohtang pass saw fresh snowfall over the weekend sending down chilly winds across the Kullu valley .

The tribal belt of Lahaul, Spiti , upper Kinnaur and Pangi are already experiencing the effects of full winter with the mercury below freezing at most places including Keylong and Spiti towns .

The weather man has said a western disturbance could affect the state from Wednesday.