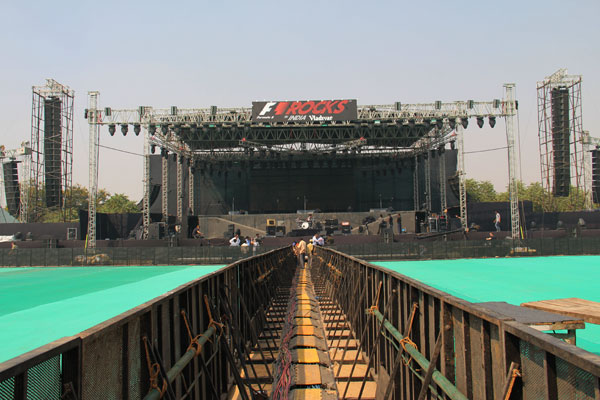 The Metallica concert, the opener for the ‘F1 Rocks’ series of performances for the upcoming Formula 1 event, was set and the audience was kicked about head-banging to the high-voltage music, until the spoiler came.

“F1 Rocks and Metallica regret to announce that due to technical difficulties, the Metallica show at Gurgaon has been postponed until Saturday. We apologize for any inconvenience caused,” said an official statement from the organisers, DNA Networks.

The four member-band, who arrived here Friday and addressed the media, are known for albums like 1986 release “Master of Puppets”, 1991 album “Metallica”, which reportedly sold over 15 million copies in the US and 22 million copies worldwide. Their last release was “Death Magnetic” in 2008.

Deputy Commissioner P.C. Meena said: “The organisers did not inform about the cancellation of the programme. The local administration will take legal action against them. An inquiry has been started.”

“They (organisers) have to explain why they cancelled the event,” Police Commissioner S.S. Deshwal told reporters.

Fans started queuing up as early as 9 a.m. Friday.

A crowd of over 20,000 had filled up the venue when the announcement was made.

The crowd knocked down barricades out of anger, witnesses said. 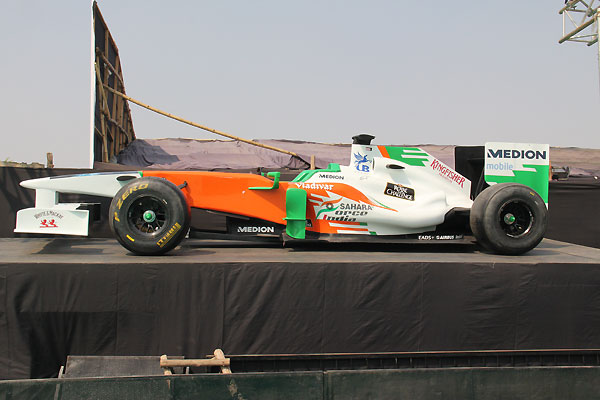 “As soon as the organisers announced that the show has been postponed, the crowd went berserk… people started pushing each other, broke barricades, started shouting and throwing water bottles… some even climbed up the stage and broke equipment, while some burnt posters and banners,” Pankaj Kaushik, who waited for three hours for the show to begin, told IANS.

The venue was vandalised by upset fans, some of whom even ran around the ground shirtless as a mark of rebellion. They threw bottles at the security personnel, who formed a human chain on the stage. Technical equipment was destroyed as angry fans threw chairs at the LED wall.

Metallica was due to stage its first ever performance in India.

“It’s quite sad and it’s not the first time that this kind of a situation has come up. It has happened earlier with the Bryan Adams show (in February) and that is why people are so pissed at the organisers. People are looking for refund now,” said Keru of Delhi-based band Naysa.

People came from several cities and countries to attend the concert.

“Watching Metallica live is a once-in-a-lifetime kind of thing. I was so excited about coming here, and now apart from the ticket price, I have to bear losses for my return flight too,” said a fan, who came from Kerala.

“People have come from across various countries – Malaysia, China, Nepal, Indonesia, Singapore… but everybody is feeling robbed. They are confused what to do…whether to stay or not for tomorrow’s gig,” said Anurag Sharma, another disappointed fan.

“Those who had booked tickets to fly back tomorrow, have already lost out on money. This is very bad,” he said.

Some fans even hurled abuses as they felt cheated.

“I paid Rs.2,750 for the show. Then the guy at the security took a bribe of Rs.700…and thanks to the chaos, I have lost my ticket…so even if the gig happens tomorrow, what good will it do to me?” asked a fan, who came from Manipur.

Some boys even tried to burn the carpets on the ground, but were finally shooed away from the venue by police.

Due to the destruction, there is a question mark to whether the concert will happen Saturday or not.

Metallica is slated to perform in Bangalore Sunday.
IANS