Mumbai: Indian ghazal king Jagjit Singh’s way of celebrating his 70th year was unique – he was aiming to complete 70 concerts by the end of the year. The man who gave ghazals a new lease of life managed only 46 before breathing his last.

Singh, who learnt music under Pandit Chaganlal Sharma and then Ustad Jamaal Khan, rose to fame in the 1970s and 1980s with his lilting voice and refreshing style of rendering ghazals and devotional tracks. He was a Padma Bhushan awardee. 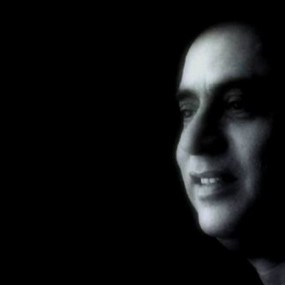 Born to a Sikh couple in Rajasthan Feb 8, 1941, Singh went on to pursue a post graduation in history from the Kurukshetra University in Haryana. He came to the country’s entertainment capital, Mumbai in 1965, in search of work as a singer.

It was a struggle. Singing at small musical gatherings, house concerts and film parties in the hope of being noticed, became almost a daily routine for him. But he didn’t lose hope.

In 1967, he met singer Chitra and following a courtship of two years, they tied the knot. Together they came up with several hit ghazal albums like “Ecstasies”, “A Sound Affair”, “Passions” and “Beyond Time” and were considered a formidable husband-wife singer duo.

They sang many successful duets until their only son, Vivek, died at the age of 21 in 1990. Chitra stopped singing. However, Singh continued his tryst with music – and for good.

In 1987, Singh recorded the first purely digital CD album by an Indian musician, “Beyond Time”.

His concerts were a delight, especially when he broke into pleasant Punjabi numbers like “Saun da mahina”. His heavy voice used to turn joyful, leaving his listeners smiling ear to ear.

He had also collaborated with former Indian prime minister Atal Bihari Vajpayee in two albums, “Nayi Disha” (1999) and “Samvedna” (2002). In his later years, Singh became disinterested in Bollywood music due to the moneymindedness of film producers.

But he remained connected to causes relating to the music industry. He was one of the frontrunners battling to get an equal percentage of royalty for singers and lyricist from songs.

What he couldn’t battle was his illness. After being hospitalised for brain haemorrhage Sep 23, he died Monday morning. But the voice in tracks that won him the tag of Indian ghazal king, will remain fresh for generations to come.